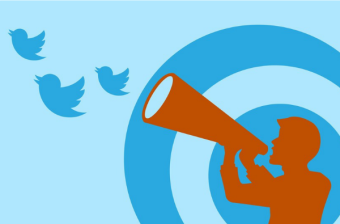 In August 2017, I virtually attended and presented at the Beyond 150: Telling Our Stories Twitter Conference ((#Beyond150CA). In collaboration with Unwritten Histories, Canada’s History Society, and the Wilson Institute, this event was the first Twitter conference to focus on Canadian history. This conference seemed like a great opportunity to present my work on “filles du roi” (daughters of the king) in seventeenth-century New France. But, the idea of presenting an entire conference paper in only 12-15 tweets was intimidating. Would I be able to get my points across in this format? Would I be able to delve into meaningful conversations with the “audience”? Would anyone be in the audience? Was I prepared to lay my research bare on the internet for anyone to find while it was still in a nascent state?

Instead of writing a conference paper, I prepared for this event as I have for roundtable sessions. I wrote an outline for my presentation, focusing on the argument that with filles du roi the French crown invested in children twice to build their North American empire between 1663 and 1673. These young girls (most were 19 years old), hailing mainly from urban poor houses, immediately added to New France’s population with their migration. Once they arrived, the young women were exited to marry quickly. Furnished with large dowries from the French crown, 98% of filles du roi married within three months and 75% of those women were pregnant when they married. They then exponentially grew the number of French subjects abroad with their 4,438 offspring. To incentivize large families, the Edict of 1670 provided tax breaks for families with more than 10 children. Although the average fille du roi married twice and birthed six children and inherited another three stepchildren, 20% of filles du roi birthed more than 10 children. This resulted in a much different social topography from continental France. New France had large, blended families. As vessels of reproduction, filles du roi were essential to France’s seventeenth-century imperial growth. Women and children were commodities to be traded and moved as demographic need dictated.

It was truly a challenge to reduce what became a book chapter to fifteen tweets. To aid our presentations, presenters could include visuals or video elements. Many of my tweets included a PowerPoint slide that provided either statistical evidence (graphs in my case) or additional text to round out the context and/or analysis. Some presenters chose to record short 1-2 minute commentaries in their slides. This was particularly engaging and allowed for them to provide additional analysis and explanation. In the future, I’d experiment with working a few video tweets into my twitter presentation.

Despite being able to add additional slides and visual elements, I felt like my presentation lacked some analytical depth that traditional conference presentations have. But, because this was a project that had just started, that analytical depth was something that was still in development. The Twitter presentation served as a critical exercise, forcing me to think about what the analytical impact of my statistical analysis would be and how this could develop into a full chapter.

Essential to this exercise was feedback from the “audience.” Truth be told, on the first day of the conference, I naively thought I could multitask, checking in from time-to-time. However, I quickly realized that the conference schedule moved faster than I anticipated. Each presenter was provided a 30-minute slot with 15 minutes to present and 15 minutes for Q&A. Some presenters scheduled their tweets to post in one-minute intervals, while others, like me, posted in real time. People “liked,” retweeted, and replied as soon as tweets were out, making it necessary to constantly check my notifications and prepare my answers to their helpful questions. As an audience member, it was nice that you could read at your own pace and ask questions, even after the presentation was over. Although the 15-minute Q&A period was important, the conversations lasted long after that period. It allowed the audience to think about the presentation and their questions, providing quality feedback and useful questions.

I had been worried that this virtual conference would leave something to be desired in terms of community, as there were no coffee breaks to get to know colleagues. I discovered, though, that community meant something different in this virtual space. I connected with scholars half way around the globe from the comfort of my office and shared ideas in a collaborative online space. Their comments and questions were thoughtful and advanced my project. Perhaps because of the presentation style, I felt that I got more relevant and helpful questions and comments than I usually do at physical conferences. People who were particularly interested in a subject direct messaged me or sent emails on areas they found interesting or avenues to consider exploring. The virtual community was strong and interested in supporting one another.

As we move towards more collaboration in the humanities, it is important for us to recognize that physical barriers exist that virtual spaces can help solve. Also, the Twitter conference made it possible for me to disseminate information not only to those involved with the conference, but to my followers and the larger Twitterverse. In many ways, the reach that my presentation had was much larger than it would have been in a normal conference setting.

Almost a year later, my experience presenting at #Beyond150CA was my most memorable of this year’s conferences. The audience was truly engaged, I learned a lot about the field of Canadian studies from fellow presenters, and I felt that my research had a meaningful reach within a scholarly community. Although it is impossible to replicate the physical conference experience online, virtual conferences are meaningful and rewarding in different ways. This is one way we could capitalize on the already impressive #twitterstorian community and engage with scholars from diverse backgrounds. I highly recommend we offer more Twitter conferences, organized around specific themes. Maybe a #VastEarlyAmerica theme would be an easy one? Tweet me if interested!