Continuing our forum on Slavery’s Capitalism, today we are pleased to feature a contribution from Christy Clark-Pujara, Assistant Professor of History in the Afro-American Studies Department at the University of Wisconsin-Madison, and the author of Dark Work: The Business of Slavery in Rhode Island (NYU Press, August 2016).

Slavery’s Capitalism is a timely collection of essays which details the necessity of placing slavery at the center of the economic history of the United States of America. The editors convincingly contend that the nation’s economic rise is inextricably linked to the institution of slavery. Moreover, they demonstrate the necessity of understanding the rise of capitalism in the U.S. as global—the institution of slavery was essential to the rise of capitalism throughout the Western world.  Part III, “Networks of Interest and the North,” examines northerners’ investments in the business of slavery—the buying and selling of goods and people that sustained plantations throughout the Americas and the financial systems that were established to facilitate those trades.

Eric Kimball lays out how New England became an economic powerhouse without ever producing a cash crop. In the colonial period, New Englanders were grocers and wholesalers to West Indian planters. It was New Englanders who grew the grains and caught the fish consumed by the enslaved in the West Indies. They provided the candles and livestock used to light and power sugar mills; they also sold the bulk of the slaves they trafficked to the West Indies. In return they received molasses and sugar which allowed them to pay down their debts to the British Crown. In the post-colonial period, New Englanders continued an illicit trade with British West Indian islands and legal trade with the French and Dutch West Indian islands. They further invested in the business of slavery as cotton manufacturers. New Englanders bought millions of pounds of slave-picked cotton. They also made slave clothing known as “negro cloth,” which they sold along shoes and tools to southern planters. Carpenters, shipwrights, blacksmiths, farmers, day laborers, sailors, merchants, factory operatives, and manufacturers owed their livelihood to the institution of slavery.

Stephen Chambers highlights how the trade between the United States and Russia was dependent on the expansion of slavery in the southern United States and Cuba. As enslaved African Americans were put to work building cotton plantations, a small group of elite New England merchants bought and expanded Cuban sugar and coffee plantations. And, many U.S. citizens invested in the reexport of Cuban goods to Russia. Ships packed with Cuban sugar and coffee and U.S. cotton left from ports in Salem, Boston, Bristol, Portsmouth and Newport and arrived in St. Petersburg and returned with iron and hemp. Trade investors, many who were merchants, bankers and politicians lent their support and influence to the Cuba-New England-Russia trade. From the 1790s through 1810s financial intermediaries developed because the Cuba trade provided access to credit and capital. This trade history has been distorted as scholars have focused almost solely on cotton and ignored sugar and coffee, even though sugar and coffee accounted for three times the volume of domestic cotton. 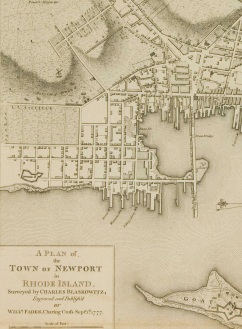 Calvin Schermerhorn explains the inter-workings of the coastal domestic slave trade in the first few decades of the 19th century in the eastern United States. He highlights the often ignored roles of financial stakeholders in the slave system itself—the people who owned and operated the enterprises and the supply chains that forcibly moved over a million enslaved African Americans from the Chesapeake to the Deep South. These captives produced the single most important commodity of the 19th century and the number one export of the United States—cotton. These slave ships, owned and operated by firms, also transported agricultural commodities, consumer goods and information. The 1808 federal ban on importing foreign slaves allowed U.S. shippers to legally monopolize the domestic slave trade. New Englanders provided many of the slave ships used in the domestic slave trade and New Yorkers transformed New York into the premier financial center of North America by conducting the business of the trade. These ships transported people and commodities that enriched non-slaveholding investors, bankers, store keepers, merchants, stock-brokers, tradesmen, and financiers.

Kimball, Chambers and Schermerhorn clearly and decisively demonstrate the many ways northerners were invested in the institution of slavery and how those investments were key to the expansion of capitalism in the United States. However, we must also explain how economy beget experience. How did black northerners manage their lives as enslaved and free people in these spaces? What did it mean to be an enslaved or free black person in a society that was economically invested in the business of slavery? The business of slavery led to legal endorsements and protections of black slavery throughout the northern colonies, and continued investments in black slave labor slowed the emancipation process and led to the economic, political and social marginalization of free black people. Acknowledgement of these truths are not enough. We must explain how and why this happened and use this knowledge to act. We must think of strategies to redress. We must invest—affordable housing, schools, higher education, job-training, low or no interest business and home loans—in African Americans and their communities today.