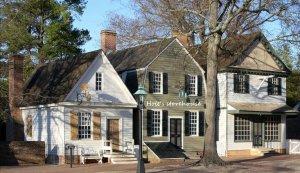 A short while ago, I wrote on the importance of political caricatures within eighteenth-century British America. I called for an increased focus on how caricatures affected, and in some cases represented, politics during the American Revolution. In today’s post, I’d like to do something similar—I’d like to call for an increased focus on newspaper mastheads. An increased exploration on what they meant, and how they were used for political mobilization. END_OF_DOCUMENT_TOKEN_TO_BE_REPLACED