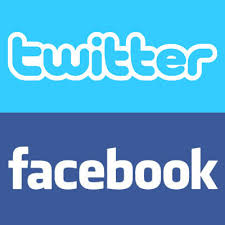 Turns out that after several stints running social media accounts for different institutions, I have feelings about what works and what doesn’t. What follows is a prescriptive ramble of things that historical organizations and history departments should be doing on Twitter and Facebook, with the understanding that there is a lot that I’m not covering, such as general Twitter etiquette, blogs, Tumblr, podcasts, or other social media topics we’ve already covered here. I’ll leave it to you in the comments to discuss these issues further—and to point out which additional accounts strike you as models to follow.

I currently run my department’s Facebook and Twitter (@HistoryAtSoton) accounts, and I ran the SHEAR Twitter feed (@SHEARites) for just over a year. My department’s been really great about seeing the work that I’m doing as service, which means that it gets counted in my administrative workload. I’ve only just started the Twitter account, but the Facebook one is coming up on its one-year anniversary. I’ve tried to run these accounts as spaces where faculty and students come together to nerd out over history. Here are some things I’ve tried to do with both accounts:

This isn’t an exhaustive list, and I’d be happy to take suggestions from other people running accounts as to what’s worked for them. I’ll also go ahead and say that I’m aware that some of these activities would be better served by the creation of a departmental blog, but there’s this whole first book monkey on my back, so it’s not an immediate priority for me.

I also have some ideas about what departments and institutions can do to run successful social media accounts.

Are you an organization with a yearly conference? You should have a dedicated graduate student social media coordinator. Furthermore, you should pay them a reasonable stipend (!). This role looks good as a line on a graduate student’s CV, and doesn’t take up a lot of time. They should come from the city in which your next conference will take place, and should accept the role with the understanding that you will pay their conference fees and they will attend to live-tweet. Having a dedicated social media coordinator is necessary for conferences at this point because they can publicize conference information (registration details, draft programs, closing hotel reservations), create the conference hashtag, and provide en route attendees with last-minute information. They can also provide panel coverage to ensure that more panels get tweeted. Are you a giant organization like the AHA? You should have several social media coordinators who strategize about which panels to tweet to ensure wide coverage. (Also, all conference organizers? While we’re at it, I think we’re well past the point where it’s okay to hold your conference without access to free wi-fi.)

Social media accounts also work well throughout the year to ensure better publicity of seminars, conferences, new issues of journals, and the like. I’m not convinced that these accounts need to stick to a weekly or monthly schedule, but lately I’ve really been liking what the folks at the Omohundro Facebook account have been doing to tweet about conferences on certain days of the week.

The first rule for departmental accounts is that a department should have a dedicated social media person. They should either be a graduate student (WITH A STIPEND) or a faculty member whose role MUST be factored into their workload. One of my colleagues just went to what sounded like a great workshop on Twitter that suggested a departmental Twitter account necessitated 30 dedicated minutes per day. It’s unacceptable for yet another form of unwaged labor to be codified into academia.

The second rule is that if you run a departmental Twitter account, you should do what you can to nag, cajole, and convince your colleagues to get on Twitter. A departmental feed looks best when it’s retweeting the tweets of faculty and students in the department (from what I’ve observed, @QMHistory, @UCLHistory, and @NotEvenPast are really stellar in this regard).

The fourth recommendation I’d like to make to foster a departmental social media account’s success is that there should be an explicit policy about what bigger university accounts will and will not retweet. I try to publicize the successes of people in my department, and still haven’t quite figured out how to get the university and alumni accounts to retweet my department’s tweets. It would also be great to have a master list of people running the feeds—and while we’re at it, if you run a department’s social media account, put your handle in the bio.

There are still a few issues I’m figuring out. One is negotiating the line between formal and informal tweets for my department’s account. On my personal account I feel very comfortable doing this, but institutions are more concerned with staying “on brand.” Yet the twitter accounts that do best are the ones that put out a mix of serious content and stuff that’s less so. I have mixed feelings about following students who follow the department on Twitter. On the one hand it makes it easier to see when they’re saying stuff about history; on the other hand, following them means I’m reading their more personal tweets, too. Finally, I’m enthusiastic about Tweetdeck as a convenient way to monitor the use of my (growing number) of accounts that I manage, but wonder if I could be using it more efficiently to keep track of hashtags and keyword-specific tweets, too.

Readers, do any of you run institutional accounts? What thoughts do you have about the best way to go about it?

[1] I think they’re inspirational. People who don’t have proclivities toward pump-up 80s music might disagree.