Siena College’s McCormick Center for the Study of the American Revolution will award a one-year Postdoctoral Teaching and Research Fellowship for the academic year 2020-2021. The fellowship supports an early-career scholar whose research and teaching advance the McCormick Center’s mission to foster greater appreciation, interest, and awareness of the events and ideals behind the struggle for American independence. The McCormick Center collaborates with Saratoga National Historical Park and Battlefield and other regional community partners to achieve its mission and support the undergraduate Certificate in Revolutionary Era Studies (CRES).

Scholars without ongoing positions who have earned a Ph.D. in history or historically based interdisciplinary degrees (i.e. American Studies, Ethnic Studies, Gender Studies, etc.) within the last 3-years may apply for this fully funded, 10-month fellowship (September 1, 2020-June 30, 2021). We especially welcome applicants with expertise in the history of colonial and Revolutionary era New York, working in any subfield of history (economic, political, labor, religious, art, cultural intellectual, among others). A background screening will be required.

The McCormick Center Fellow will teach a 2/2 course load in the Department of History, contribute to the McCormick Center’s community programming, and complete a scholarly project. As a visiting faculty member in Siena College’s History Department, the fellow will receive office space, have full access to library resources, and opportunities to participate in the Capital Region community of academic and public history scholars. END_OF_DOCUMENT_TOKEN_TO_BE_REPLACED

END_OF_DOCUMENT_TOKEN_TO_BE_REPLACED 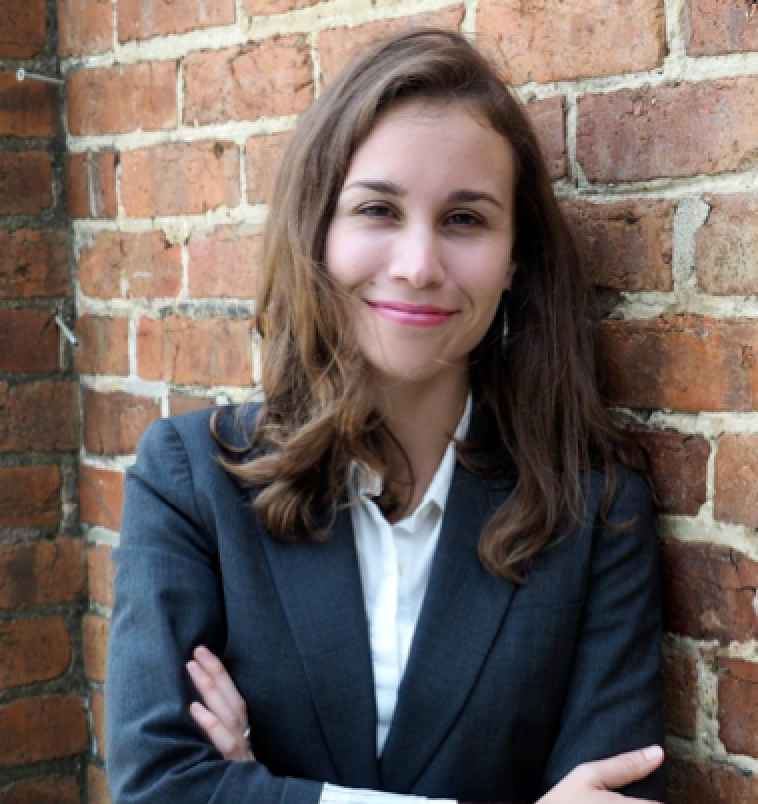 Today is the first day of Native American Heritage Month, and our guest post comes from Jessica Taylor, Assistant Professor of Oral and Public History, and Edward Polanco, Assistant Professor of Latin American History, both at Virginia Tech. A graduate of the College of William and Mary, Taylor is currently working on her first book manuscript, which examines Native landscape in the colonial Chesapeake. Polanco is a graduate of the University of Arizona, and his current book manuscript examines 16th- and 17th-century Nahua healing ritual specialists in Central Mexico. The following are keys to success identified by Taylor and Polanco in their development of a course on Native History at Virginia Tech. 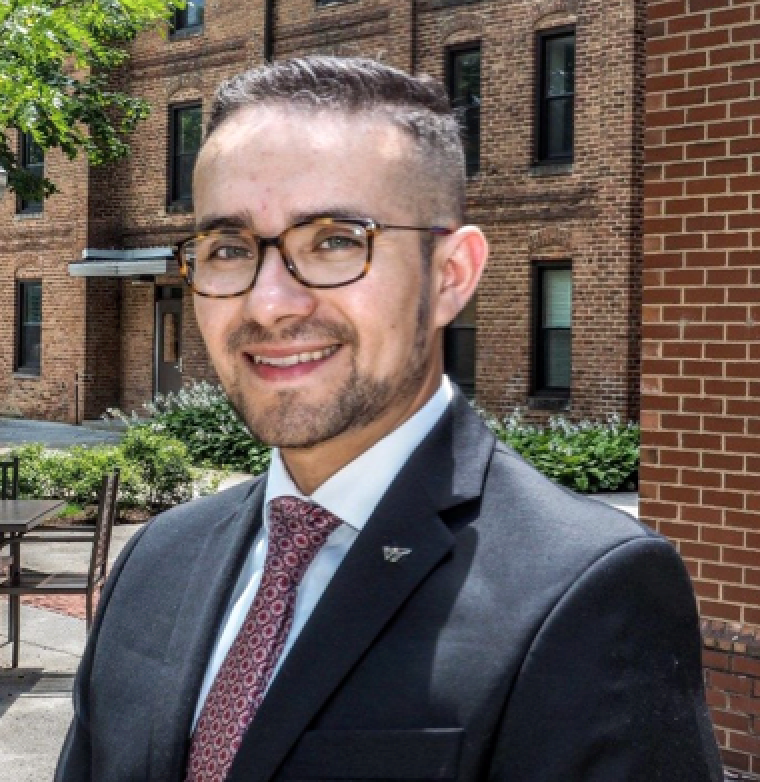 Working through the first course proposal at a tenure-track job is intimidating, and more so when the topic is as enormous and fraught as “Native History.” To develop this course with care, we sought input and advice on and off campus as the process unfolded. These thoughts originated in a meeting between Virginia Tech’s Native students’ group, Native@VT, the American Indian and Indigenous Community Center on campus, and the Department of History. We wanted to share some of our ideas and strategies as we continue to develop our Native History class and advocate for a more visible Native presence on campus. This has put our Department’s and University’s commitment to diversity into action.

END_OF_DOCUMENT_TOKEN_TO_BE_REPLACED

Following on from Emily Yankowitz’s review of The Consequences of Loyalism: Essays in Honor of Robert M. Calhoon (Columbia: University of South Carolina Press, 2019), we continue our Review/Q&A format with an interview with the editors, Rebecca Brannon and Joseph S. Moore. Brannon is associate professor of history at James Madison University and the author of From Revolution to Reunion: The Reintegration of the South Carolina Loyalists (Columbia: University of South Carolina Press, 2016), which was reviewed on The Junto in 2017. Moore is associate professor of history and department chair at Gardner-Webb University. He is the author of Founding Sins: How a Group of Antislavery Radicals Fought to Put Christ into the Constitution (New York: Oxford University Press, 2015). END_OF_DOCUMENT_TOKEN_TO_BE_REPLACED

Today the Junto features a Q&A with Assistant Professor of History at the University of Minnesota, Katherine Gerbner conducted

by Kristen Beales. Gerbner teaches courses on Atlantic History, History of Religions, Magic & Medicine, and The Early Modern Archive. Her work has been featured in Atlantic Studies, New England Studies, and Early American Studies. She received her PhD from Harvard University in 2013 and received fellowships and awards from the University of Minnesota, the American Philosophical Society, the Library Company of Philadelphia, Haverford College, and the John Carter Brown Library.

Kristen Beales is a PhD Candidate at the College of William and Mary finishing a dissertation titled “Thy Will Be Done: Merchants and Religion in Early America, 1720-1815,” which explores how merchants from different Protestant backgrounds in Boston, Philadelphia, and Charleston navigated economic debates between 1720 and 1815. Her project is structured around four case studies: reactions to the South Sea Bubble in 1720, discussions about the relationship between religion and business practice prompted by the revivals of the so-called “Great Awakening” between 1739 and 1746, debates over nonimportation and nonconsumption between 1765 and 1776, and the controversy surrounding the Embargo Act of 1807. Kristen’s research has been supported by a number of institutions, including grants and fellowships from the American Antiquarian Society, the American Philosophical Society, the Clements Library, the David Library of the American Revolution, Haverford College Quaker and Special Collections, the Huntington Library, the Historical Society of Pennsylvania, and the Library Company of Philadelphia. END_OF_DOCUMENT_TOKEN_TO_BE_REPLACED

On the heels of its recent release in paperback, today The Junto features a review of Christian Slavery: Conversion and Race in the Protestant Atlantic

World (University of Pennsylvania Press, 2018). Stay tuned tomorrow for an interview with the author, Assistant Professor of History at the University of Minnesota, Katharine Gerbner.

Scholarship on the Anglo-Caribbean has tended to minimize the role of the Anglican Church in Caribbean society through an emphasis on the greed and irreligiosity of the English colonists who profited from the exploitation of enslaved labor. This tendency is especially striking when compared to the historical work on Catholic institutions in neighboring French and Spanish territories. In the Anglo-Atlantic, missionary work among free and enslaved Africans and Afro-Caribbean people tends to be equated with antislavery thought and activism. Katharine Gerbner’s new book, Christian Slavery: Conversion and Race in the Protestant Atlantic World, challenges these historiographic tendencies and presents a welcome reinterpretation of the relationship between race, religion, and slavery in the Protestant Atlantic. END_OF_DOCUMENT_TOKEN_TO_BE_REPLACED 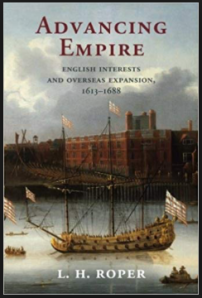 Today at The Junto, L.H. Roper, professor of history at the State University of New York at New Paltz and coeditor in chief of the Journal of Early American History, joins us to discuss his new book, Advancing Empire: English Interest in Overseas Expansion, 1613-1688. In the book, Roper explores the role of private interest in the establishment of a global English empire during the seventeenth century. With chapters that span America, Africa, and Asia, Roper’s work challenges us to think more critically about state versus individual initiative and emphasizes continuity across a wide geographic scope. The book came out last year and has received attention and praise in several notable reviews, which can be found here, here, and here. END_OF_DOCUMENT_TOKEN_TO_BE_REPLACED

For early Americanists, the past two decades have seen an increase in scholarship connecting the early modern Caribbean to colonial North America. The Caribbean adds significant depth and dimension to discussions of race, slavery, diplomacy, capitalism, gender, and imperial competition by expanding the historiographies and archival resources common to early American scholarship. Yet, when a colleague stopped by my office asking for readings on seventeenth-century Puerto Rico to assign for a class, I drew a blank. Despite the excellent scholarship on colonial Puerto Rico written in Spanish, English-language scholarship focuses primarily on the nineteenth and twentieth centuries.[1]

What made this worse was that last Thursday was the one-year anniversary of Hurricane Maria’s landfall in Puerto Rico. And, while the devastation and continued struggles on the island garner on-going media attention, the anniversary set me thinking about the place of the Caribbean in our scholarship and our teaching. It seems that, despite increased attention to the Caribbean within the field of vast early America, not all Caribbeans are created equal. And that unevenness demands our attention. END_OF_DOCUMENT_TOKEN_TO_BE_REPLACED

I have never heard anything like those frogs. I was crunching along the gravel walkway from Historic Jamestowne back to the bus after the final reception of the Omohundro Institute conference in June. As I walked through the woods, the James River at my back, the calls of frogs and insects hammered at the air, drowning out the chatter of other attendees and the crunch of my own footsteps.

An hour before, I had gazed down into the archaeological dig of a kitchen site, in which researchers had discovered what they argue are cannibalized human remains in 2012. All the hairs on my neck stood up. END_OF_DOCUMENT_TOKEN_TO_BE_REPLACED

Over the weekend, an international group of scholars met on the campus of Brown University to participate in a conference focused on various forms of enslaved migrations throughout the Americas from the seventeenth through the nineteenth centuries. Sponsored by the Omohundro Institute and the John Carter Brown Library, the meeting represented the fifth in a series of conferences about the transatlantic slave trade that have been organized by the OI.

For anyone who couldn’t make it to Providence[1], the panels were live-tweeted and can be found #TransAmCrossings. While the tweets of my colleagues give a great sense of the flow of the conversations over the weekend, what follows here are some of my reflections on the broader questions and themes that drove intellectual exchanges during and after the panels. END_OF_DOCUMENT_TOKEN_TO_BE_REPLACED