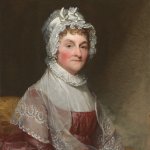 “What did you find surprising about this source?”  It was Week Nine of the fall semester, when the students in my United States History to 1877 survey course were worn down by too many midterms and too little sleep. I was attempting to spark conversation about the day’s assigned primary source, the late-eighteenth-century journal of Mary Dewees, a Philadelphia woman who moved west to Kentucky. Surely, I thought, some of my students would have been surprised to read a woman’s firsthand account of crossing rivers and mountains as she took part in white trans-Appalachian migration and the resulting displacement of Native Americans from their lands.

After waiting a bit, I tried again. “What, if anything, about this author’s identity surprised you? Were you surprised that this source was written by a woman?” This time, several students shook their heads. I asked them to explain their reaction. As my students spoke, their lack of surprise indicated the extent to which their perspectives had shifted. Earlier in the semester, these same students were visibly shocked to learn that women’s consumer choices had spurred the boycotts of the imperial crisis.  Yet now, partway through a syllabus in which nearly one-third of primary sources were by or about women, my students had become accustomed to the fact that women were not only important historical actors, but also producers of historical documents.

A recent call for historians to assign more readings by and about women prompted me to reflect back on the Week Nine class period and my survey course more generally. In her review of the excellent edited collection Women in Early America, Amanda Herbert provocatively urged historians to “Make the experiences of women—half of humankind and more than half of the population of most American colleges and universities—constitute at least half of your syllabus.” In a post on her blog, Ann Little likewise sounded the alarm about syllabi which perpetuate “the continuing, ongoing, perpetual exclusion of women as historical actors and writers” and suggested using peer review as a remedy. And on Twitter, Zara Anishanslin challenged historians to at least have higher percentage of female scholars on their syllabi than the percentage of women in Congress, while Kevin Gannon reflected on his experience teaching a Civil War course featuring only female-authored monographs.

While teaching secondary sources by female scholars and about the historical experiences of women is a worthy goal for instructors, I approached my survey syllabus with a different but parallel aim: assigning sufficient primary sources by and about women, including lower-class women and women of color. Because my survey course emphasizes developing students’ ability to analyze historical evidence, my course’s readings consist almost entirely of primary sources. During the fall semester, twelve out of thirty-nine (31%) assigned primary sources in my survey course were by or about women; this spring, thirteen out of thirty-three (40%) are by or about women.[1] While I admittedly have not achieved complete parity in the number of assigned sources concerning men and women, I see my reading list as a step in the right direction.[2] What follows are four reflections on my experience designing and teaching this version of the United States History survey.

Tracking down primary sources by and about women involved venturing off the beaten path. Finding classroom-ready sources by and about early American women can be tricky. Finding sources that reflect the experiences of lower class, African American, and Native American women is even trickier. As I evaluated primary source readers intended for use in the survey, I couldn’t find one with sufficient documents by and about women.[3] Instead, I searched out individual documents from other published collections. If you’re committed to prominently featuring women in your course’s primary sources, women’s history readers like Root of Bitterness and Women’s America offer good starting points. And if you’re in need of a source that links women’s history to a particular topic, the Bedford Series in History and Culture is a good bet. Sometimes I used the footnotes of favorite secondary sources as a guide, and then tracked down the full text of primary sources in databases such as Early American Imprints.

Venturing off the beaten path also involved assigning a wider range of source types—for example, poems and family correspondence in addition to political tracts and published memoirs—which in turn led to valuable discussions about what constitutes historical evidence. And material culture offers yet another avenue for including women’s history in the survey.

Committing to assigning more sources by and about women required me to reflect about the purpose of all sources on my syllabus. Assuming that we’re not willing to simply increase the total number of sources assigned in our courses, including more women in the survey involves evaluating all of our readings—which, I would argue, is a valuable exercise whether we make one or ten changes to our syllabi. Which commonly assigned sources was I choosing because they fit my course goals and narratives? Which sources was I selecting simply because they were well known? Was I assigning a political document such as a treaty or speech because I wanted my students to grapple with the source and its language? Or was I assigning it simply because it concerned an important event, one which my students might better investigate using the textbook, lecture, or discussion? And, most crucially, in cases in which I had chosen a source by or exclusively about men, was there a similar source that might incorporate the experiences of women?

As I considered these questions, I found that sources by or about women could pack a double punch on my syllabus, incorporating women’s and gender history while also addressing other course themes. For example, I chose not to assign one of the best-known sources about the Great Awakening, Connecticut farmer Nathan Cole’s account of hearing George Whitefield preach and instead assign an excerpt from the memoir of Sarah Osborn, a woman who provided religious instruction to the residents of Newport, Rhode Island during the same period. Both sources concern religious revivals and their impact on individuals, but Osborn’s memoir allowed my students to additionally discuss female religiosity and authorship, marriage, and women’s economic survival in an eighteenth-century port city.

Sources by and about women highlighted connections between women, gender, and the family and other course themes. Sources by and about women nudged me to continuously incorporate women’s and gender history into my lesson plans, even during the harried middle weeks of the semester when a standard textbook narrative beckoned. Even without assigning primary sources by and about women, it is certainly possible to highlight gender as an important component of encounters between Europeans and Native Americans, or families’ role in Atlantic crossings and westward migration, or female reformers’ activities during the antebellum period. But when such topics were explicitly raised in readings, I felt even more compelled to design classroom activities that contextualized and analyzed them.

Foregrounding women throughout the course allowed us to explicitly address issues of teleology. I’ve found that many students enter my course with the assumption that history is a story of progress, and that things necessarily and inevitably got better for all social groups over time. Because female literacy increased dramatically in the eighteenth century and women’s reading and writing practices became much more widespread after the Revolution, it is tempting to include only sources about women from the mid-eighteenth century onward, especially if we are assigning very few female-authored sources in total.[4] But doing so risks feeding into students’ teleological assumptions, and may unintentionally convey that women become more interesting and significant historical actors once they are literate, rights-bearing individuals. In contrast, a source about white women’s extensive economic involvement during the seventeenth century, or a source about the constraints of antebellum domesticity, or about the sexual abuse of enslaved women during the mid-nineteenth century does not neatly fit into linear narratives of progress. Including sources by and about women throughout the survey, in other words, prompts students to grapple with narratives of progress as they relate to women and, by extension, more generally.

So, if you are teaching the United States History survey this semester, I challenge you: go ahead, take out your syllabus. Count up the number of primary sources by and about women. Can you tweak your syllabus to include a few more? If you do, I suspect that you and your students will find the experience richly rewarding.

[2] In writing this blog post, I intend to leave open the question of how many sources by and about women is the “right” amount for the United States History survey. My underlying concern is the extent to which our teaching reflects the ways in which women’s and gender history have been incorporated into—and have rewritten—the master narratives of American history. Attending to the composition of our syllabi is one step toward addressing this larger issue. On the relationship between American women’s history and master narratives, see Cornelia H. Dayton and Lisa Levenstein, “The Big Tent of U.S. Women’s and Gender History: A State of the Field” Journal of American History 99, no. 3 (December 2012): 793-817; Terri L. Snyder, “Refiguring Women in Early American History” William and Mary Quarterly, 3d. ser., 69, no. 3 (July 2012): 421-450; Lori D. Ginzberg, “Mainstreams and Cutting Edges” Journal of the Early Republic 36, no. 2 (Summer 2016), 319-325; Patricia Cline Cohen, “On Integrating the History of Women into the Narrative of the Early Republic: A Forty-Year Perspective” Journal of the Early Republic 36, no. 2 (Summer 2016): 327-334.

[3] For example, by my quick count, the most edition recent of a widely used and in many respects excellent primary source reader, Voices of Freedom, vol. 1, contains only 13 out of 101 (13%) sources by and about women. Only 3 of these sources concern the pre-Revolutionary period.