Today’s guest post comes from Peter Kotowski, a Dissertation Fellow at the McNeil Center for Early American Studies and a Ph.D. candidate at Loyola University Chicago.  His research uses the lived experiences of indentured servants to explore Pennsylvania’s development within the Atlantic economy and the extent to which the colony was “the best poor man’s country.” 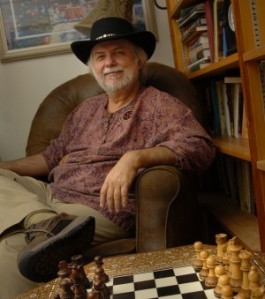 In the introduction to their 2008 edited collection, Class Matters, Simon Middleton and Billy G. Smith make the bold proclamation that “as a mode of historical analysis of early North America and the Atlantic World, class is dead – or so it has been reported for the last two decades.”[1]  The subsequent collection of essays makes a convincing case that class is not, in fact, dead.  For Smith, this volume was merely a continuation of a decades-long commitment to class as a primary mode of analysis.  It was in the spirit of Smith’s work that dozens of scholars converged on the McNeil Center for Early American Studies in Philadelphia from November 7-9 for what was affectionately dubbed “Billyfest.”

The conference, in fact titled “On the Anvil of Labor History in the Revolutionary Era,” was as much about looking backwards as it was about looking towards the future. Papers and presentations were equal parts reflections on Smith’s unique personality and engaging scholarship and new approaches to studying class in early America and the Atlantic world. The pre-circulated papers allowed presenters to talk more deeply about their scholarship during the presentations while also generating invigorating discussions throughout the weekend. The lively audience took as much delight in sharing stories and jokes about Smith as they did in challenging presenters to think more deeply about their scholarship.

The seven panels touched on a range of topics. Presenters addressed tensions between elites and the poor over access to innovations in science and technology, interactions between merchants and urban laborers, class conflict in and beyond the city, and elite perceptions of urban and social hierarchies. Because of the size of the conference, recapping each paper would do a disservice to the excellent scholarship. Instead, I’ll focus on several papers that I found particularly interesting.

One session that stood out to me was “Freedom Seekers in the Atlantic World.”  Susan Klepp, Simon Middleton, and Simon Newman, examined runaway slaves in early America.  These papers illustrated how running away served as a means for enslaved men and women to escape the exploitation and material inequalities that characterized life as a bound laborer as well as how elite manipulation of runaways furthered the commodification of these individuals.  Klepp’s paper traced the life of Johanna Boston as she absconded from her master and won freedom for herself and her husband with the aid of Native Americans, a slaveholding judge, and local Moravians. Newman asked the audience to reconsider the meaning of running away and what it reveals about enslavement. He cautioned historians who too strongly emphasize running away as a quest for freedom, instead positing that slavery was but one type of dependency on a spectrum of bound labor. In some cases, such as with castle slaves on the Guinea Coast, running away was a labor strike, not a quest for freedom. Middleton’s paper on slave runaway advertisements offered a more pessimistic view.  Middleton considered the rise of printed runaway ads offering rewards as evidence for a shift in capturing runaways as part of a civic good to the privatization of capture and return.  The growing prominence of monetary rewards reflected a growing detachment between the community and runaways increasingly portrayed as childlike and subhuman.

Another interesting theme from the conference was the contestations between classes over access to science and technology. Susan Branson used balloon riots to illustrate how elites failed to control access to science as it became an avenue for the lower sort to lay claims to authority. Marina Moskowitz also explored the role of science in her paper, arguing that horticulturalists like Grant Thornburn took advantage of print culture to create a narrative of the “self-made” gardener. Greg Nobles’s talk was one of my favorites from the weekend.  While his pre-circulated paper addressed Thomas Nuttall’s apprenticeship to Benjamin Smith Barton, Nobles’s spoken remarks addressed the larger problems historians of class encounter when studying scientific innovation.  He contended that too much focus is placed on elites like John James Audubon when more attention should be paid to the workers like those that made the engraved plates for Audubon’s The Birds of America.

Other notable panels included the conference’s first session, which explored the role of technology for early American historians. Ruth Herndon and Amilcar E. Challu used GIS to map Boston’s almshouses to show changing conceptions of the poverty and social deviance, while Paul Sivitz used death lists to map yellow fever in Philadelphia. Andy Schocket added his own unique insight in talking about the future of digital history for early Americanists by questioning whether or not funding agencies would support projects focusing on the poor as readily as they do those on the founders.

Changing class relations were also explored through issues of health and medicine. Tristan Tomlinson looked at how the health of British soldiers, West Indian slaves, and the British urban poor was increasingly described in class-based and racialized language. Claire Gherini explored the uneven nature of medical knowledge-making in the late eighteenth-century Atlantic. Finally, Sarah Schuetze analyzed the language of the yellow fever to understand the overlap between the fever as both an attractive and fearsome subject.

The remaining papers made Billyfest an enjoyable conference. From Michael Zuckerman’s analysis of deference to Cathy Matson’s exploration of how merchants worked in concert with a motley crew of urban laborers to outfit ships for voyages throughout the Atlantic, “On the Anvil of Labor in the Revolutionary Era” offered attendees a wonderful opportunity to see the new and exciting ways historians are engaging with issues of class.

As Smith and Middleton closed their introduction to Class Matters, they encouraged readers to consider how “scholars can employ class analysis to write histories valuable for our own times.”[2]  And the presenters and audience did not shy away from raising these questions over the course of the weekend. During the final forum, audience members addressed issues such as Historians against Slavery and the plight of contingent faculty. This left a strong impression on me as I considered how my own study of class affects my approach to issues I encounter on a daily basis.

Did you have a chance to attend “On the Anvil of Labor”? If so, what did you think? If this conference was anything to go by, Smith and Middleton’s proclamation that class analysis is not dead has proven to be quite true. So how do you approach class in your own scholarship? What questions do you think are worth asking, both for studying class throughout early America and for its implications today?