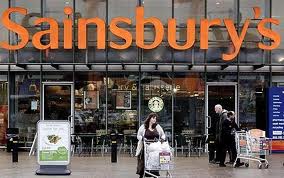 I think it’s important for historians to try to make connections with the present, not only because it more thoroughly engages students, but also because the past is not static. I haven’t always been great at explicitly drawing these parallels, but when the first day of the U.S. government shutdown coincided with my first Revolutionary America class, I sort of lost it. I thought to myself, “I have to go into class prepared to talk about how people in thirteen disparate colonies—some of whom disliked each other immensely—managed to get it together enough to rebel against Great Britain?” It’s no wonder I ended up showing a pop music video and comparing the Revolution to the bad breakup of a dysfunctional relationship.[1] I assume that a teensy bit of pandering to students’ tastes didn’t hurt, either.

This semester I also team taught a class called “Food and Cooking” with two of my colleagues. We divided the semester into roughly three time periods. The medievalist taught seminars on commodities, food grammar, physical arrangements for cooking and eating, and fasting and feasting. As the early modern Americanist, I covered cannibalism, diplomacy and race, and food and violence. Our nineteenth- and twentieth-century specialist in British and Russian history offered lessons on famine in Ireland and India, chefs, cooks, and gender in modern Britain, and World War II. The final week of the semester involved readings on contemporary food issues.[2] It was an admittedly wide-ranging class, and I wanted to encourage students to find ways to think about linking course topics together with current issues. The grocery store field trip was part of this thought process.

We met in the morning at Southampton’s middle-range grocery store—not the cheapest option available, but definitely not the most expensive. Once there, I distributed a questionnaire, and asked students to spend about an hour walking through the store and writing down their thoughts. Questions were as follows:

1. Do a walk-thru of the store, and then describe the layout. What products go where? (You may wish to draw a map on the back of this sheet)

2. What foods are farthest from the checkout counters? What foods and products are closest?

3. Do a comparison of two aisles. For each aisle, consider A) Where on the shelf products are placed—what products are high? Which ones are at eye level? Which are at the bottom? B) How prices change from top to bottom and from one end of the aisle to the other. C) Are there significant differences between the two aisles? Points of comparison?

5. Are any products marketed to specific age groups? In what ways?

6. Describe the location of the dairy and eggs. Why do you think that they are placed where they are?

8. What sorts of advertisements do you hear or see while in the store? Do you notice any music playing? How does being in the store make you feel?

9. What is your assessment of pricing? Do any products strike you as significantly cheaper or more expensive than expected?

10. How would you describe the sections of the store devoted to frozen foods? Do you notice any differences here?

11. How would you describe the sections of the store devoted to alcohol? Again, any points of interest?

Once everyone had finished, we gathered in the upstairs café to discuss findings. As I’d hoped, students observed that the store layout encouraged people to do a lot of walking past things priced as sale items, even if they had simply come to the store for staples. In contrast to the U.S., however, milk is located in an aisle close to the entrance—possibly because Britons drink a lot of milk with their tea, and so you can purchase it here in smaller-sized bottles. This is a totally unquantified observation, but British people seem to buy milk more frequently, so they don’t come to the store with the sole intention to purchase just that product.[3]

Students also noticed that whereas most aisles were priced low at the ends and cheaper at the top and bottom of shelves to draw customers in, the wine and alcohol aisles were a bit different. Those aisles placed pricier commodities at the end of the aisle, and top shelf offerings were also expensive. They also noted that the cereal aisle was unique in its explicit branding geared toward kids, with cartoon mascots and extra bright colors. In contrast to my shopping habits, students also revealed that they rarely left the store without having a look at the clothing aisles, just to see if there was anything they wanted to buy.

Having this discussion allowed us to talk more extensively about how milk has become a widely-consumed product; how marketing has changed to target different genders and age groups; how cheaper foods are sometimes the least healthy; and how store relationships with consumers in general have changed over time. One student explicitly said that although she couldn’t figure out what she was doing there at first, she found herself “getting into it” and enthusiastically writing down her thoughts.

In an ideal world, I’d change two things about this lesson. First, I’d get a tour of the grocery store’s employees-only freezer section in order to get students thinking about a given city’s food security and how frequently grocery stores receive shipments of supplies. I’d arranged for this tour to happen, but plans fell through when the freezer section got too crowded and stocked for the upcoming Christmas shopping season. Second, I’d like to do trips to several stores—perhaps an additional one for students as an outside, independent assignment. I’ve done this exercise once before with younger students in Texas, where the only store we could make it to within the space of class time was a CVS. A grocery section that contains mostly junk food obviously presents a different picture than a larger store with a fresh produce aisle.

Still, I hope that this trip provided an unexpected and helpful way for students to make connections between historical foodways and contemporary food problems. I tend to think about food constantly; I can’t help it if I hope I can get my students to do so occasionally.

[1] She lies in the middle of the ocean, far, far away from the metropole. But she wears a pretty dress as evidence of her habits of consumption! He speaks to the feminized version of America from miles away, not appearing to listen to what she’s saying. Essentially, he tells her that it’s all in her head. They wonder whether they’re “not broken just bent,” and ask if they can “learn to love again.” Yet although he might want to stay together, it ultimately takes two to make things work, and so Americans rebel. I have no explanation for the teddy bear with glowing eyes.