Today’s guest post is from Nora Slonimsky, a doctoral candidate in history at the CUNY Graduate Center. Her dissertation is on the relationship between literary property and politics in the Early Republic. She has previously blogged for the New York Public Library. For the 2013-2014 academic year Nora was co-chair of the CUNY Early American Republic Seminar. 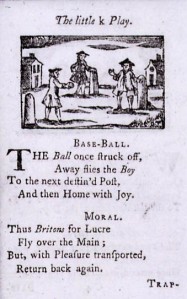 As most graduate students experience first-hand, the relationship between universities and unions can be complex. Our position as students, employees or a combination of the two varies largely by institution, particularly by whether or not our universities are public or private. However, if you’re a Division One football player with a potential NFL career in your future, the construct of a student-athlete underscores a specific question about the nature of labor in higher education. For those who participate in collegiate sports, are academic scholarships a privilege or a right, a special acknowledgement of their abilities on the field or a form of compensation for service to their institutions? Yet the tension between privileges and rights is as much about intellectual activity as it is about physical skills, dating all the way back to Andrew Law’s Privilege of 1781.

In recent months, the football player unionization movement at Northwestern University has gotten considerable media coverage. One of the university’s positions, that “these players are more akin to graduate students,” makes the circumstances relevant not only to us slugging away in doctoral programs but to the multi-meanings of privilege.[1] Back in January of this year, quarterback Kain Colter joined with other activists to form the College Athletics Player Association (CAPA). Backed by the United Steelworkers union, they appealed to the regional National Labor Relations Board (NLRB) to force Northwestern to allow student-athletes collective bargaining rights. While the NLRB sided in favor of the players union, the decision is currently being contested. Importantly, CAPA is not pushing for paid wages but wants to lobby for better safety regulations and healthcare.

This case is a part of a fascinating dialogue, making its way to Congress, about the relationship between commerce and education. While CAPA is focusing on the immediate circumstances of the players, there is another dimension to the status of student athletes that has as much to do with their performance off the field as on it. Due to the ongoing negotiations between the National Collegiate Athletic Association (NCAA) and student-athletes, video-game company EA sports announced it would not release any college games until the dispute over using player’s likeness and jerseys without direct compensation is resolved.[2] While the NCAA profits from contracts of this nature, student-athletes do not. Just days before this post was submitted, Senators Claire McCaskill, Jay Rockefeller and Cory Booker released a letter in reference to the upcoming Congressional hearing on “Promoting the Well-Being and Academic Success of College Athletes” in which they request all NCAA documentation “related to the organization’s use of student-athletes’ likeness or identifying information (e.g. jersey number or performance statistics) for profit.”[3] In using the players’ imagery, the NCAA counters that the television rights and merchandise sales generate revenue essential to funding other sports, predominantly those played by women. But is “identifying information,” whether it’s a book, a performance, a jersey number, a form of intellectual property? And if so, who owns it?

In this sense, CAPA’s push for unionization and IP anti-trust are both raising a very similar point about the protection of workers, elite or otherwise. Modern intellectual property–copyright, patents, trademarks and trade secrets–has changed considerably since the late eighteenth century.[4] But the intersection of athletic and literary performance strikes me as a new iteration of an ongoing issue. My dissertation, “The Engine of Free Expression? The Political Development of Copyright in the Colonial British Atlantic and Early National United States,” looks at the relationship between partisan coalitions, federalism and press regulation in the Early Republic. I’m also a big football fan. But before switching to the past, this might be a perfect point to thank Roy Rogers and other friends at the Junto for allowing me to indulge in some thematic time-jumping. 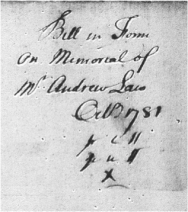 Copyright in the United States was conceived as a balance between individual rights and general good, a valuable support for a corporate structure and a crucial tool for its critique. But it also codifies a form of work, a process and output of labor. And this brings us to Andrew Law’s Privilege, the cover of which can be seen in the image below.[5] In the midst of the American Revolution in 1781, teacher and composer Andrew Law successfully petitioned the Connecticut state government for the “exclusive right” to print different psalmody collections. Law was a composer and music teacher, a “memorialist” who created a collection of psalms and other music sheets in order to supplement his performance-training program. Law was not the sole source of his literary enterprises: he did not create all of the compositions but rather collected together the works of several musicians that he claimed had not been published in America. Yet in what is considered the first copyright in the United States, he argued that his request was “not incompatible with the principles of a free State and not invading the rights of any individual” but rather provides “all reasonable Encouragement which does not interfere with the rights and privileges of others.” And when the legislature granted his request for a term of five years, it was on a two-fold principle: firstly, that Law had put considerable individual effort and expense into creating his music books and thus deserved compensation and secondly, that the “promotion of psalmody” was a public benefit enabled by his work.

The petition and grant are significant on several levels. Despite being in the midst of ostensibly bigger problems, that the Connecticut legislature deemed literary property and its ramifications for education important enough to discuss illustrates that copyright might have been more relevant to the politics of the period than previously argued. As Oren Bracha notes, Law’s Privilege also illustrates a pivotal turning point for literary property, from a regime that vested ownership in the hands of publishers to one that acknowledged the author, however they might be defined, as the primary proprietor. [6] The language of the documents certainly reflect the transition: referred to as a memorial, bill, grant, patent, license, right and privilege, Law’s request embodies the murky boundaries of intellectual property in this period. Much like a subject was distinct from a citizen, a privilege was predicated on the whims of a given regime. A right, however, was unassailable.

And this brings us back to the original question. The production of student-athletes, graduate students and authors all complicates the boundaries between privileges and rights. Although the scope of copyright law has become far more defined since 1781, the position of a student-athlete has not. Echoing the tone of the United State’s earliest intellectual property debates, it is unclear exactly what elements of a student’s labor belong to the university community and what remains in their own hands.

[1] You can find the full decision here: http://www.nlrb.gov/news-outreach/news-story/nlrb-director-region-13-issues-decision-northwestern-university-athletes. For an interesting discussion from Inside Higher Ed, see: http://www.insidehighered.com/news/2014/05/09/house-panel-debates-unionization-college-athletes#sthash.kemAmeke.dpbs

[2] EA’s official statement from September of 2013 can be found here: http://www.ea.com/news/update-on-college-football. This is part of a larger anti-trust suit between Ed O’Bannon and other former college athletes suing the NCAA over the use of their likeness and relevant imagery for profit without any compensation. Most recently, a judge has thrown out the NCAA request to delay the trial. For its coverage, go to: http://espn.go.com/college-sports/story/_/id/10923259/judge-denies-ncaa-motion-ed-obannon-lawsuit and http://www.cbssports.com/collegefootball/writer/jon-solomon/24559589/ed-obannon-judge-denies-ncaas-womens-sports-argument

[3] For the most recent coverage, see: http://www.usatoday.com/story/sports/college/2014/05/13/senators-letter-ncaa-mark-emmert-concern-oversight-request/9033149/

[4] While intellectual property does appear periodically in the late eighteenth century, it was not commonly used until the nineteenth century.

[5] This image can be found at: http://copy.law.cam.ac.uk/cam/tools/request/showRecord.php?id=record_us_1781. Copyrighthistory.org is a digital archive of primary sources on copyright from 1450 to 1900 initially created by the UK Arts and Humanities Research Council (AHRC) and is maintained and edited by Dr. Lionel Bently, University of Cambridge and Dr. Martin Kretschmer, Bournemouth University with sponsorship from the University of Cambridge, Bournemouth University, and the Centre for Intellectual Property and Information Law at the University of Cambridge. The source material for the United States is edited by Oren Bracha of the School of Law, University of Texas at Austin. For other excellent scholarship that addresses copyright in the nineteenth century United States, you can look at the work of Meredith McGill, Michael J. Everton and Melissa Homestead. For scholarship on the state of copyright in the eighteenth century Atlantic, Mark Rose’s work is invaluable.