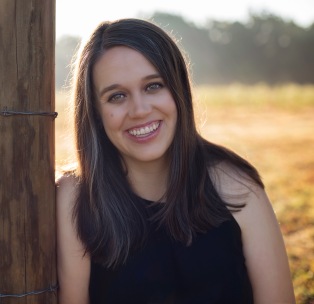 If you missed previous posts in our new roundtable series on the history of childhood and youth, click here. On Mondays, Wednesdays, and Fridays for the next few weeks, stop by to read about challenges and realities of researching and teaching childhood and youth across vast early America.

Jamalin R. Harp is a lecturer in the Department of History at the University of Texas Rio Grande Valley. She earned her PhD from Texas Christian University in 2017. Dr. Harp specializes in Early American history, focusing on social history in the nineteenth century. Her research and teaching interests include women’s history, the history of childhood, the history of reform, and political history. Her current research is on the Washington City Orphan Asylum, the first orphanage opened in the District of Columbia.

JUNTO: In your own research, how do you define “childhood” and “youth”? Are they different or are they synonyms?

JAMLIN HARP: Delineating between “childhood” and “youth” can be tricky, especially as “teenager” and “adolescence” are modern concepts born in the 20th century. I find myself often not distinguishing between them with official definitions but adhering more to the nuanced standards put into place by the people managing the orphanage I study. The girls were considered “of age” in their indenture contracts when they turned eighteen, the boys when they were twenty-one. Even if 19th century reformers did not have the word “teenage” in their vocabulary, they maintained some views about what we now call adolescents that are consistent with 21st century Americans (such as the potential for teenagers to cause trouble). Some of their other practices, such as placing children in homes specifically to serve as a labor source, contemporary American society would likely criticize. It was the asylum’s belief that children above a certain age were more likely to misbehave (especially the boys) and in general were harder to control that shaped their admittance policies (though never consistently) and in part motivated them to have the children placed out for labor. Though they may not have used specific terms, they believed that younger children should not be placed out in a labor contract due to their “tender” age, and that older children needed to be in a position where they would be useful and not causing problems within the institution.

HARP: I define the “history of children” as the study of how children were treated — the historical conditions and decisions that affected them, how they lived through history. The “history of childhood/youth” I define as the experiences of children and youth — what they thought, their motivations, their feelings, how they viewed the world. To use an example from my work, the examination of indenture placements falls under the categorization of “history of children.” This includes where children were placed geographically, how old they were at the time of their placement, and what type of work they did. How those children reacted to what they experienced in their indenture would be considered the “history of childhood/youth.” Given the dearth of sources from children, the history of childhood/youth is often much harder to discern. This is also often what historians who study children, myself included, wish most to figure out. I long to know if children resisted the work assigned to them in their indenture, if they had resentment or affection for the family to whom they were bound, if they considered the family to be a surrogate family or if they wished to be reunited with their biological families. Though I define these connected histories somewhat differently from one another, when I am speaking to people outside of the field, I tend to use the “history of childhood” as an all-encompassing term for simplicity sake.

JUNTO: A big push in youth studies at the moment is to include age as an important factor in intersectionality, on par with race, class, and gender. What are your perspectives on this?

HARP: I think age is a crucial consideration in intersectionality for two important reasons. First — as with race, class, and gender — age is a category that alters how one is treated and can even lead to discrimination. This applies to any age but given the focus of our round table I’ll comment on children and youth. The treatment of children is often determined by societal views about childhood and youth. These beliefs vary with society and over time but can include the tenets that childhood is a time to protect, that children are incapable of making their own decisions, and that children need to be formed into functioning adults. Often in history society tries to strip children of much of their agency (though many historians of childhood and youth will point out ways that children maintain at least some agency in these situations). Speaking specifically about my research (dependent children in the United States in the 1800s), the very fact that these historical figures are at a stage of life when they are deprived of legal choices and citizenship rights renders their age a crucial component in studying their experience. The views of children and youth can lead to discrimination as well. They are often considered naive, unintelligent, troublesome, rash, and overdramatic. How many people do you know that groan when a group of teenagers sits down next to them at a movie theater, even if they have no prior familiarity with any of them? The assumption is that, based on their age, they will act a certain way.

The second reason it is important to include age in intersectionality is closely tied to the first — age helps determine one’s experiences. Young children and youth often experience things differently than adults. Part of this is tied to how society views childhood and the subsequent treatment of children. The layer of protection society might try to give its children renders their experiences different (an example that comes to mind is in World War II when many urban children in England were sent to the countryside, which altered their experience of the war). Children’s experiences are also changed by the fact that they are at a different stage developmentally speaking. This point gets grayer perhaps when discussing youth, but children at least are in a time of their lives where they are often physically weaker, their brains are still developing, and they have not lived as many years as adults. It is vital to consider their age and therefore experience in studying their point of view

JUNTO: Studying children can be a difficult task.  Children’s own written records are not always well preserved or saved.  They’re also not as plentiful as say, adult’s ego documents, government records, or economic transcripts. What types of sources do you use and how have you had to creatively read sources for childhood experience?

HARP: Studying children can be an incredibly difficult task, as with many groups that historically have been denied as much of a voice in society. Adults sometimes reflect on their childhoods, which can prove helpful, but with that comes the consideration of memory, and how it has affected the historical record. Some of my most valuable sources are letters written from the children to the people who ran the orphanage. Most of these are written while they are living in an indenture placement or once they have reached adulthood. I am fortunate that Elizabeth Blair Lee, who was president of the Board of Managers for half a century, has a collection of family papers and kept letters sent to her from the orphanage’s residents, current and former. Of course, due consideration has to be given to what their intention is behind the letter (often they are seeking some sort of favor) and how that might affect their writing. Beyond (often rare) sources such as these, one has to read other sources connected to children with a more critical eye. For example, in analyzing the records of the asylum I research (which include minutes from managers’ meetings, admission records, and relinquishment records), I look for ways that children’s thoughts and behavior reveal themselves. One example is children running away from the institution. This reveals the struggle the institution had managing its children, but also hints at the mentality of some of the children. I examine possible motives for children running away, considering such factors as how they did it, if they went alone or with other children, and if they returned to the institution (and whether their return was of their own free will).

JUNTO: How do you incorporate the history of childhood and youth into larger fields of inquiry like political history, social history, and economic history? Why is it important to do so?

HARP: I think both the history of childhood and the history of children (to consider them separate but linked fields for the moment) matter greatly in larger fields of inquiry. One of the important fields for my work is political history. My current research is on the Washington City Orphan Asylum, an orphanage founded in the District of Columbia in 1815. The institution’s geographic location tied it closely to politics. The orphanage drew its support from political giants such as Dolley Madison and Andrew Jackson, prompted a debate in Congress about the suitability of financing social institutions, and placed some of its children with national politicians in indenture contracts. In many ways, studying the history of children provides a ground level view of how political currents and decisions affect the people living within the United States (and abroad as well). Congress initially deciding that it was inappropriate to provide aid to the Washington City Orphan Asylum left the institution, and therefore their mission to help dependent children, in a precarious position. Other examples are prevalent throughout history, not just of legislation aimed specifically at children, but general decisions as well. For example, political conflict turned into violence through warfare leaves an indelible mark on a society’s children.

The history of childhood likewise has an important place within these larger fields. As several psychologists and philosophers argue, the experiences one has in their earliest years are very formative. Though not always, often the historical actors we study as adulthoods have been deeply shaped by their childhoods. One specific example from my research is a man named James E. West who grew up in the Washington City Orphan Asylum. As an adult, West was very devoted to helping children, specifically dependent children, and crafted his career around this motivation. Among other things, he was the first Chief Scout of the Boy Scouts of America, secretary of the National Child-Rescue League, and instrumental in prompting President Theodore Roosevelt to host the White House Conference on the Care of Dependent Children in 1909. West’s childhood experiences were a major driving force in his adulthood, and in his case, ended up bringing about significant national changes. Another more famous example would be West’s friend, Teddy Roosevelt, whose emphasis on physicality as an adult stemmed from ill health as a child.

Thank you to Dr. Harp for discussing the field of childhood and youth as well as her own work in nineteenth-century America.

Tune in on Monday for an interview with Dr. Meg Eppel Gudgeirsson when we’ll discuss religious communities and children in nineteenth-century America.