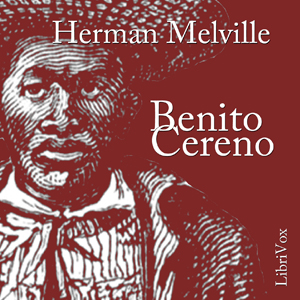 With just days left in the semester and students scrambling to finish papers and prepare for exams, I thought it would be a perfect time to reflect on an idea I raised in my first post here at The Junto. Back in September, I declared my intentions to assign the Librivox.org recording of Herman Melville’s Benito Cereno. The prospects of assigning audio content in a classroom situation seemed the ideal solution to unrealistic weekly reading word counts while doing to double duty of engaging students in early American history through storytelling. And then I got cold feet. Could I really make it mandatory for 37 students to sit back and listen to several hours worth of recordings simply for the pedagogical payoff of connecting them in a more real way to the nineteenth-century world inhabited by the slave ship Tryal and Captain Amasa Delano? As the semester wore on, and more and more students realized how long the recordings would take to listen to, my trepidation only increased.

As I frequently do when confronted with uncertainties in the profession, I turned to Bernard Bailyn’s simple little On the Teaching & Writing of History. Published in 1994, the book consists of Bailyn’s responses to a series of questions posed to him during his residence as Montgomery Fellow at Dartmouth in 1991. As a very junior scholar, for me the book serves as a source of confidence in my own approaches to both teaching and writing in this profession. While I did not expect Bailyn to respond directly to the issue of assigning Librivox.org content to undergraduates, something he said did resonate with my goals in assigning audio content. In response to the perennial question of why anyone should study history, Bailyn explained that history is, “an absolutely necessary enlargement of human experience, a way of getting out of the boundaries of one’s own life and culture and of seeing more of what human experience has been.”[1] Bailyn confirmed for me that history should first and foremost expand our understanding of the past beyond our own limited boundaries. Thinking about the ways in which Melville’s haunting prose captured the banality and simultaneous horror of the slave trade allowed me to face my students after the midterm confident in my decision to assign audio content.

And, I couldn’t be more pleased that I did. As a part of their assignment, I asked my students to write a Blackboard response about their impressions of both Melville’s narrative and what it was like to listen to a book rather than read it. While students’ responses ran the spectrum, with some even stating that listening to the text made it difficult to follow, the vast majority of my students wrote positively about the experience. For many students, Benito Cereno was their first exposure to audiobooks and many of those students expressed an interest in listening to more. However, the responses that allow me to argue that this experiment was a success spoke more about the emotional depth of the characters, especially Amasa Delano, and their own discomfort with how Melville portrayed the book’s protagonist. Several students spoke about how the narrative seemed more real, more personal, and more frightening than quickly skimming a book for class could have been.

But, more than anything, class discussion confirmed for me the value of storytelling in a way that I had only accepted intellectually before. Without my needing to prompt and prod the discussion in the direction of what Melville was trying to accomplish, my students’ first comments were about Melville’s writing techniques and his perspective as a nineteenth-century author. My students expected sympathy for the enslaved rebels, where Melville offered none. My students expressed disgust for the gruesome masthead of the San Dominick, not because they felt the Africans were particularly cruel, but for what they thought Melville was trying to convey about the Africans in his description of Aranda’s body. From Melville’s ability to keep the reader shrouded in mystery to their own immense surprise when the true nature of the Tryal became clear to them through Delano, my students engaged Benito Cereno in a manner that I think Bailyn would argue makes for good history – as an enlargement of their understanding of the human experience. And, for something that was an ambitious experiment, I don’t think I could ask for more.

[1] Bernard Bailyn, On The Teaching & Writing of History: Responses to a Series of Questions (Hanover: University Press of New England, 1994): 12.