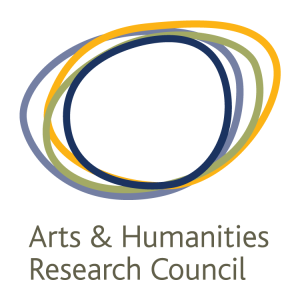 I recently spoke at an event for Early Career Researchers hosted jointly by the British Group in Early American History, the British American Nineteenth Century Historians, and the Institute of Historical Research about funding initiatives for Americanists based in the UK.[1] I was there to talk about applying for and winning a networking grant (in the UK, it’s called a “networking scheme grant,” which I LOVE because it makes me feel extra sneaky) with my co-investigator, Jessica Roney. On the assumption that some of the advice I offered there might be helpful to our readers, I wanted to rehash some of those ideas in a blog post here today.

But first, I must rant a little bit about the state of immigration in the United Kingdom—a problem not unique here, by any means, but one of relevance to non-British Americanists working in the UK. Anyone paying even a little attention to the news will know that the current scandal is the UK’s treatment of the Windrush generation. This group of British citizens who came to the UK in the 1950s from the Caribbean is currently being deported, denied cancer treatment, and subjected in other ways to the government’s Hostile Environment policy, which was put into place in 2013. The Windrush scandal has exposed the problem of proving one’s citizenship when one’s government destroys immigration documents, while also alerting more people to the challenges of living and working here as a immigrant more generally.

There was a lot I didn’t know about the challenges of being an immigrant working in the UK when I moved here in 2013, largely because those policies hadn’t yet changed. What I learned very quickly, however, is how limited I would be to undertake funded research outside of the UK during the first five years I lived in this country. Under the current system, until I have Indefinite Leave to Remain (which I will obtain between my fifth and sixth year of residence), I cannot spend more than 180 days out of the UK within any 365-day period, a proviso that effectively makes me ineligible for most year-long fellowships in the states. I’ve stopped applying for them.

Because funding begets more funding, I was not surprised that I then encountered difficulty winning large grants from British funding institutions. With my first book not yet out, and only a handful of small, month-long fellowships to show for the second project, I had to seek out alternative funding opportunities. Enter the Arts and Humanities Research Council Networking Scheme. This funding scheme was appealing because it didn’t necessitate spending huge amounts of time out of the country, there was less need for my book to be out because I could collaborate with a more senior academic, it would serve as an interim stepping stone grant for the time when I could apply for larger funding schemes, it had additional money set aside that I could use for events taking place outside of the UK, and the application itself was relatively short compared to some of the other applications for giant UK grant schemes.

Over a period of several months, we prepared our application. We started from the point of wanting to work together, and then trying to figure out how to conceptualize our interests in a way that they naturally overlapped. Mostly, Jess was working on continental borders and I was beginning to think about maritime and riverine ones, and we wanted money to collaborate further. The successful application we put together is called Geographies of Power on Land and Water: Space, People, and Borders. It promises to “foster a comparative inquiry into the early modern genesis of and contest over borders in order to produce historical context to debates over national borders and immigration today.” We found that there were lots of people working on borders in pockets of #VastEarlyAmerica: Atlantic, maritime, continental, hemispheric, and Native American history—but we weren’t convinced that anyone had gotten these scholars into a room together. The additional context to our application was that the Brexit vote had already happened, but Donald Drumpf had not yet become president. Immigration, we knew, was going to continue to matter, and it felt imperative that historians try to lend historical context to ongoing debates about border crossings into the US and the UK.

Our network will host three linked workshops, the first of which will be closed, and will take place in Philadelphia this summer. Thereafter, half of our initial network participants will commit to attending the second workshop in Cardiff, and half will commit to attending our final workshop at the Institute of Historical Research. These two workshops will be accompanied by a broader call for papers—the first, for people working on watery borders, and the second, for people working on landed ones—so do keep an eye out for these calls! We wanted to start with a closed event so that our second and third events were more structured, but we also got dinged by our grant reviewers for failing to be as expansive as we might have been at including early career researchers. We’re still exploring additional funding sources, so um, if you’ve got any extra money lying around for PhD travel, get in touch with me.

In the last section of this post, I want to offer some advice for people contemplating these sorts of grant schemes. I’m really pleased to have won this funding, but applicants should know going in that this is the sort of funding award where the short-term reward is more work for you. If you’re based in the UK, and want to work with a US co-investigator, I’d advise working with someone with whom you’ve already established a good professional relationship. It’s so important to be able to be honest and clear about who’s preparing which part of the application, to have a sense of how you and your co-investigator like to co-author things, and to feel comfortable dipping in and out of taking responsibility for writing first pass drafts versus editing more polished pieces. I think it also helped our application that we had a history of working together a bit already; we’d been fellows for a year together at the McNeil Center, and had hosted a workshop at my university.

When putting together the application itself, we called on a lot of people for help, and tried to do things that big organizations couldn’t. BGEAH, BrANCH, and BAAS all host conferences in the UK, but do not regularly pay to bring US academics across the ocean—which we wanted to do. I had several colleagues who generously shared copies of their previous successful applications, and we were pretty shameless about stealing good ideas and reproducing them in the grant. As a result, our third workshop looks a lot like one that my colleague put on at a museum, though ours will take place at the IHR. It will involve the IHR asking potential workshop participants for research keywords based off of their research, and then pairing that person with a historical map, which will then be digitized and hopefully featured in a mapping exhibit that the IHR puts on, while also serving as the inspiration for that workshop participant’s paper.

Final pieces of advice: read the AHRC guidance closely, and keyword search it extensively, because the guidance on international co-applicants is split across several parts of the long guidance document. Pay attention to distinctions between British and American English; our application was rejected the first time because we included a Chair of Department statement from Jess’s Chair, rather than calling it a Head of Department statement (they were the same). Give yourself enough time for your finance office to work through the budget—ideally at least two weeks, but more if you’re close to a holiday and people might be taking unexpected annual leave. I’d also advise applicants to give themselves plenty of time to work with Je-S, the system through which you must submit your application. It’s . . . not my favorite, but with enough time it was a manageable system.

So, the AHRC Networking Scheme is a good option for Americanists restricted by immigration policies in the UK. It’s more onerous than a lot of US fellowships, but much easier than most multi-year UK funding schemes. It’s easiest when you know your co-investigator, but once you do, it really facilitates transatlantic research. It lends itself to everyday relevance, without making you feel like you have to bend over backwards to fit your research into current events. And it can lead to some fun workshops—so apply!

[1] This conference is always really useful. Next year’s will take place at the Rothermere Institute on Friday March 29th—so mark your calendars.