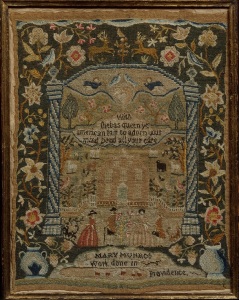 This weekend, Mark Lilla, a historian of ideas at Columbia University, published a New York Times op-ed on “identity liberalism.” Reacting to the outcome of the presidential election, Lilla argues that contemporary American liberalism’s celebration of diversity, however morally salutary in private life, has been politically suicidal at the national level. “National politics in healthy periods is not about ‘difference,'” Lilla writes; “it is about commonality. And it will be dominated by whoever best captures Americans’ imaginations about our shared destiny.”

Lilla’s argument is a response—one of several possible responses—to what I see as a real problem. In contemporary America, demands for inclusion, equality, and dignity often seem to be made in the name of particular groups rather than in the name of the common good. Whether this perception is accurate is another matter. I won’t address that complicated question here. But Lilla’s perspective on early American history warrants a critical response.