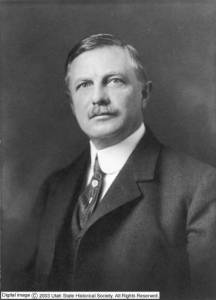 In designing courses, professors and teachers face a number of competing claims for time and attention: skill development appropriate to the level of the course, the content described in the course catalog, campus, system, or state requirements for content, the primary sources and scholarship that will promote the best discussions and consideration of the course topic. As many of us have written here at the Junto, not to mention elsewhere, much therefore ends up on the cutting room floor—and some of it painfully so.

That often means, at least in my experience as an undergraduate, graduate student, and professor, that the earliest considerations of a field often go by the wayside. For these purposes, I’m thinking less of foundational scholarship that still holds sway in the field (about which I wrote last year with respect to the history of gender during the American Revolution) and more about scholarship that is largely out-of-date even as it provided the basis for entire fields of study. In other words, I’d like to take advantage of the blog as a space to think through problems to consider whether undergraduate history majors should read older, out-of-date historiography as part of their training.

The issue arose this week in my Native American history course when we read and discussed Drew Lipman’s article on the murder of John Oldham and the saltwater frontier.[1] As part of his historiographical discussion, Lipman distinguishes his definition of “frontier” from that of Frederick Jackson Turner’s.[2] When this came up in our conversation, I paused and asked how many students were familiar with the Turner thesis. Only three students were, only two had read Turner’s essay in a college classroom—and they both read it in an English course (the same one). That seemed a little embarrassing to me as a teacher.

On a certain level, though, that level of engagement makes complete sense to me. Why should they have read it? Very few people conceptualize the “frontier” in the same way that Turner did 125 years ago, nor do they feel a need to respond directly to his argument as part of the historiography. It is, in many ways, totally outdated, more a primary source for views about Native Americans and the West in the 1890s (that’s how my two students read it in their English course, paired with something by Teddy Roosevelt) than a work of historical scholarship that requires engagement. At the same time, however, the Turner thesis or frontier thesis had such an enormous impact on historical scholarship for decades that it still matters on a certain level, enough so, for example, that cutting-edge, Bancroft-worthy research published within the last decade still name-checks Turner. So maybe students should encounter it, or at least have passing familiarity with it.

But where? As an undergraduate, I encountered Turner in a historiography seminar for majors because we did a unit on the frontier, but did not read him, interestingly, in a course called “The Frontier in Early America.” When I consider my course offerings, Turner doesn’t really fit anywhere, given those varying demands on my time. I don’t particularly teach an upper-level course where his argument is all that germane (save, perhaps, the Native American course, but it doesn’t focus exclusively on the parts of North America that became the United States). In my survey course, it would require major reconfiguration because it’s so far afield from everything else we read. There would be benefits to reading Turner: we would have to think more explicitly about the United States as an empire, whether and how that empire was racially based, and it would cast in a new light our readings about Native-European interactions in the colonial era, Manifest Destiny (I assign John O’Sullivan). But to do so would require a major retooling of the course that on first glance would detract from a number of other worthwhile goals (not to mention that I could accomplish the above without assigning Turner himself).

And the problem, of course, is not limited to Turner. We still talk about and find relevance in the work of Charles Beard, for example, and I suspect my grandchildren will be subjected to Gordon Wood a few decades from now. People still refer to Ulrich Phillips and the Dunning School (if rarely on a positive note). I’m not, to be sure, calling for some sort of canon that enshrines a group of white men whose notions of historical scholarship were deeply tainted by their contemporary racial, gender, and ethnic views. It may well be enough to get a brief reference to this outdated work in recent scholarship so that undergraduates are aware that it exists and held influence. To engage fully would require that our courses be held captive by scholarship that has long since lost its edge.

[2] For anyone not familiar, Turner was a historian who delivered a lecture on “The Significance of the Frontier in American History” at the 1893 meeting of the American Historical Association in Chicago. The text is available as part of the Hypertexts Project at the University of Virginia.