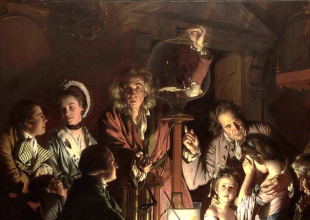 Last week, an anonymous Ph.D. student published a Guardian op-ed under the headline “I’m a serious academic, not a professional Instagrammer.” Among other complaints, the author (a laboratory scientist) condemned the practice of livetweeting academic conferences. Livetweeters care less about disseminating new knowledge, Anonymous wrote, than about making self-promotional displays: Look at me taking part in this event.

I hate to admit it, but the author may have a point. When I shared the article, one of my friends, an anthropologist, observed that she finds livetweeting “baffling” because she would rather listen—and be listened to—than be distracted during a conference talk. Katrina Gulliver, an influential advocate of Twitter use by historians, told me (via, yes, Twitter) that she no longer approves of conference livetweeting either. “Staring at screens is uncollegial,” she argued; it interferes with face-to-face discussions, and the value of the information passed along is dubious too, because “tweets present (or misrepresent) work in [a] disconnected, out of context way.” Bradley Proctor told me he has had one of his talks misrepresented by a livetweeter—a particularly sensitive issue for someone who researches Reconstruction-era racial violence.

Surely these are important concerns. It seems to me that conference livetweeters—yours truly included—need to get better at articulating explicit objectives and boundaries if we’re going to take these risks. So what do people say about the way they use Twitter at conferences?

When I asked around, a lot of historians (and some scholars in other fields) told me they livetweet conferences for what I see as the obvious reason: to share information with, or open conversations to, people who can’t be in the room. Most were more specific, though. They argued that livetweeting opens doors for less privileged members of the academy.

Stephanie McKellop said she livetweets conferences to help other scholars overcome exclusion on the basis of funding, disability, or conflicting obligations—in other words, to make conferences [edit: feel like] less of an “elitist scheme” that favors a few over others. Megan Brett said she livetweets as a way of “paying it f[or]w[ar]d” after other people livetweeted conferences she couldn’t afford to attend.

There are other forms of inclusion as well. Carla Cevasco observed that livetweeting can help shy or junior academics with networking. Rachel Hooper, a graduate student in nineteenth-century art history, added that it can be useful for promoting conversation across disciplinary lines: “I like to share what historians are saying at their conferences with art historians and vice versa.”

Other scholars answered my question in terms of excitement: they livetweet conferences as a way to express public enthusiasm for interesting new work. “It’s not unlike leaving a panel and saying to a colleague ‘listen to the great thing I just heard,'” said Jacob Remes. (He added that it “makes me sad” that nobody has tweeted one of his talks yet.) Perhaps this supports Anonymous’s point, but most of the people who talked to me saw this as a matter of promoting other people rather than themselves. Natalia Mehlman Petrzela called livetweeting a way to “celebrate” good presentations and compliment presenters. Julia Gaffield wrote, “I see it as [saying] ‘look out for this person’s work on this topic.'”

A surprising number of people, considering my friend’s concerns about distraction, also told me that livetweeting enhances their own comprehension of the conference talks they attend. Alexandra Montgomery said it is a form of “public note-taking” that also improves her writing, and John Garrison Marks told me it helps him digest a presentation by focusing on its constituent parts. Garrett Wright wrote that livetweeting keeps his mind from wandering. The Junto’s own Rachel Herrmann made a similar point. Alicia Pearson wrote, “Usually it’s me going ‘Must remember this person’s name’ or ‘I want to find that archive’… keeps me awake/paying attention.”

I can add that my experience is similar. The peculiar intensity of livetweeting, with its pressure to capture a presentation accurately in real time, often in conversation with other Twitter users, seems to be a useful mental challenge. On the other hand, the risk of distraction is real. The digital archivist and public historian Larry Cebula commented that “if the presenter reads out loud,” boring the audience, “I can pretend to be live-tweeting while I am really on Facebook.”

Almost all of the Twitter users who responded to my question were ultimately in favor of livetweeting. All of them, however, also seemed happy to impose boundaries on themselves. Some, like Liz Covart, mentioned that their tweets are distillations of more extensive notes, sometimes posted after the talk is over. Sophie Cooper advocated having just one or two “designated” tweeters per room to make sure panelists don’t face a crowd of people all staring down at smartphones. And Megan Brett wrote that she tries to capture themes, reflections, and directions for further inquiry rather than take comprehensive notes. Finally, everyone who mentioned it, starting with what I think was the first response (from L.D. Burnett), seemed to agree that presenters should have the option of putting their presentations off-the-record to Twitter.

Fundamentally, I think, the scholars who responded to my query—and thank you all!—seemed to think of livetweeting as a matter of fluid conversation, an extension of the sorts of things historians and other academics do all the time in person. There was no one idea of what good livetweeting is except that it should promote dialogue and exploration. The Guardian’s anonymous editorialist thus describes a kind of solipsism and self-aggrandizement that I simply don’t see in my circles.

On the other hand, I do not think this solves the problems identified by Katrina Gulliver. Conference livetweeting is socially awkward at the best of times, and it involves real risks. Its value depends on the good judgment of those who engage in it; they need to know how to read a room as well as how to summarize someone else’s work accurately. It also depends to an uncomfortable degree on the good faith of the far-flung audience. We rely on them to understand that livetweeting is ad-hoc, fallible, and fragmentary—a series of impressions that could be misleading in unpredictable ways. Thus, we should expect academic livetweeting to change as the overall culture of Twitter changes. And we probably need to be prepared to adopt defensive measures as Twitter becomes (so far) an increasingly charged public space.