Jennifer Goloboy is a literary agent at Red Sofa Literary in St. Paul, MN. She has a PhD in the history of American civilization from Harvard University, and has published articles on merchants and the early American middle class. Her book, Charleston and the Emergence of Middle-Class Culture in the Revolutionary Era, will be published by University of Georgia Press on October 10. 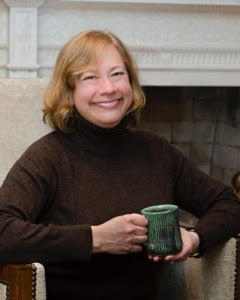 As the new history of capitalism reminds us of the immense wealth that traveled through antebellum cotton ports, an old analytical problem remains—why didn’t Southern merchants invest in their communities, in the manner of the Boston Associates? Historians have traditionally explained that this lack of investment was caused by Southern culture: the Southern commitment to slavery, shared by its mercantile class, mandated a conservative approach to economic investment and a fear of change. For example, Scott P. Marler’s recent book on merchants in New Orleans claimed that “in the context of the slave society in which they were deeply implicated, their peculiar market culture discouraged the investments necessary for the city to modernize its economic base,” such as manufacturing and railroad-building.[1]

I would like to argue that the reason cotton merchants didn’t invest in the ports where they worked is actually simpler: they couldn’t afford to. Previous historians have assumed that if the volume of the cotton trade increased, or the price of cotton rose, merchants (who generally worked on commission) must be getting rich. For example, William Freehling argued that Charleston’s “import-export merchants” prospered during the 1820s due to “Charleston’s stable amount of trade.”[2] But what if merchants were receiving fewer commissions, or smaller commission percentages? The price or volume of the cotton trade would not indicate the likely success of the individual merchant.

I’d like to suggest that a better proxy for mercantile wealth than the price of cotton is the number of merchants working in a particular port city. In this blog post, relying on data from my forthcoming book, Charleston and the Emergence of Middle-Class Culture in the Revolutionary Era, I will use city directories to show that the same thing happened in both Charleston and New Orleans: a dramatic boom in the number of merchants working in the port when it opened to the cotton trade, followed by a much-decreased mercantile headcount, even though the amount of cotton going through the port continued to grow.

South Carolina dominated cotton production through 1821, and production levels continued to grow through the end of the decade. In 1821, the state produced 50 million pounds of cotton, 70 million in 1826, and 73 million in 1833.[3] Nevertheless, after a post-War of 1812 spike, the number of merchants working in Charleston dropped over the course of the 1820s.[4]

Louisiana’s boom came later and the amount of cotton grown in the state hadn’t reached its peak by the end of the 1820s: 10 million pounds of cotton grown in 1821, 38 million in 1826, and 55 million in 1833. But the results are similar. After a peak when the market opened, a declining number of merchants handled a growing volume of cotton.

Why might fewer merchants have remained in both Charleston and New Orleans, even as both ports were exporting more cotton? One major change was the rise of published data on trade statistics, or price-currents, in the 1820s. Merchants competed with each other by offering superior access to information; when all merchants had the same data, it was difficult for any particular merchant to rise ahead of the pack. As it became clear that only a few merchants would be able to develop the personal connections that would ensure success, I suspect that merchants with weak ties to the community—which meant most merchants—were eager to move on to the next promising thing.

In any case, looking at Charleston and New Orleans’s city directories warns us that a thriving cotton trade didn’t mean that a city’s merchants were prospering. We don’t need to assume that a toxic, pre-capitalist culture kept cotton merchants from reinvesting in their port cities; we can reintegrate these perplexing merchants back into the new history of capitalism.

[4] Edward E. Baptist, The Half Has Never Been Told: Slavery and the Making of American Capitalism (New York: Basic Books, 2014), 85-7; Jennifer L. Goloboy, Charleston and the Emergence of Middle-Class Culture in the Revolutionary Era (Athens: University of Georgia Press, 2016), 115-7.