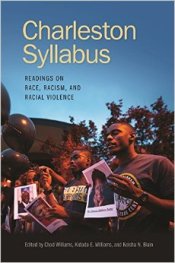 It must be first be noted, the trend towards published handbooks, or syllabi. These are designed to provide readers who were new to the field with an in-depth overview of the scholarship. Perhaps the most visible of these is Charleston Syllabus (Georgia), which is edited by Chad Williams, Kidadda Williams, and Keisha Blain (see also, AAIHS). In a similar vein, it’s also worth checking out Candace Benbow’s Lemonade Syllabus, which explores Black feminism. For studies of race, these syllabi are one facet of what Ben Park observed in his round-up as a trend towards longer, sustained treatments of historical topics. Honorable mention goes to John D. Garrigus & Christopher Morris’ edited volume, Assumed Identities: the Meanings of Race in the Atlantic World (Texas A&M), for its thought-provoking essays on how concepts of race developed in the Atlantic World.

For other recent long-duree treatments of race, Ibram Kendi’s award-winning Stamped from the Beginning: the Definitive Guide to Racist Idea in America (Nation) is essential. Other new and exciting works include Manisha Sinha, The Slave’s Cause: A History of Abolitionism (Yale); Edward Blum and Paul Harvey, The Color of Christ: The Son of God and the Saga of Race in America (UNC); and Jace Weaver, The Red Atlantic: American Indigenes and the Making of the Modern World, 1000-1927 (UNC). And, while not spanning centuries like the aforementioned volumes, Anthony Curran, The Anatomy of Blackness: Science and Slavery in the Age of Enlightenment (Johns Hopkins) is another important read in this category in terms of its longer view of the development of racist thought.

Intersectionality between gender and race is another important trend in the scholarship. Of note here is Marisa Fuentes, whose methodology for reconstructing Black women’s history from fragmented sources in Dispossessed Lives: Enslaved Women, Violence, and the Archive (Pennsylvania) is particularly impressive. Emily Clark, The Strange History of the American Quadroon: Free Women of Color in the Revolutionary Atlantic (UNC) and Emily Suzanne Clark, A Luminous Brotherhood: Afro-Creole Spiritualism in Nineteenth-Century New Orleans (UNC) are also not to be missed.

Next up, are explorations of race/slavery and citizenship. Robert Parkinson’s award-winning volume, The Common Cause: Creating Race and Nation in the American Revolution (OIEHC/UNC) explores the ways in which race, as a category of 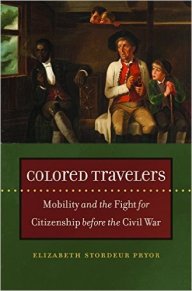 exclusion, underpinned national identity politics. Nicolas Guyatt,  Bind Us Apart: How Enlightened Americans Invented Racial Segregation (Basic Books), similarly explores the politics of exclusion. On the other side of the same coin, Elizabeth Stordeur Pryor, Colored Travelers: Mobility and the Fight for Citizenship Before the Civil War (UNC), and Jared Hardesty, Unfreedom: Slavery and Dependence in Eighteenth-Century Boston (NYU) are important new works on categories of freedom and unfreedom. (Honorary mention goes to Patrick Rael, Eighty-Eight Years: The Long Death of Slavery in the United States, 1777-1865 (Georgia). Rael’s book provides some very useful additional context to this historical conversation.) And, for race, and the Caribbean on the 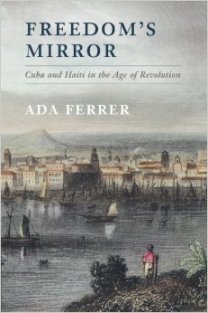 In considerations of diaspora, are a number of new books 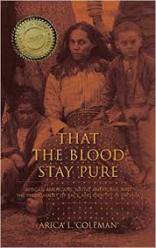 that explore diaspora; in particular, Native American Diaspora. In particular, see Arica Coleman, That the Blood Stay Pure: African Americans, Native Americans, and the Predicament of Race and Identity in Virginia (Indiana); David J. Silverman, Red Brethren: the Brothertown and Stockbridge Indians and the Problem of Race (Cornell); Gregory D. Smithers,  The Cherokee Diaspora: An Indigenous History of Migration, Resettlement, and Identity (Yale); Coll Thrush, Indigenous London: Native Travelers at the Heart of Empire (Yale); and Sami Lakomaki, Gathering Together: the Shawnee People through Diaspora and Nation, 1600-1870 (Yale). For those interested in diasporan topics, it is worth following not only AAIHS, but the African Diaspora PhD blog, founded by AAIHS officer Jessica Marie Johnson. 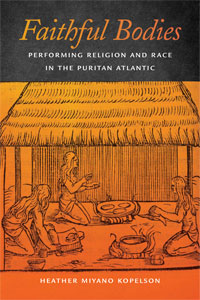