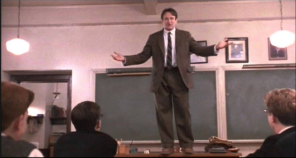 With spring well underway, many of us are experiencing the satisfaction of marking the last grade on the final blue book of the semester, with an eye toward the approaching summer months and the freedom to work on our own research projects.[1] This makes it a foolhardy moment to entice Junto readers into thinking about teaching the survey, but it also presents an opportunity to reflect on our students and how their backgrounds should shape our approach in the classroom.

Several months ago, NPR ran a story about the declining enrollment of international students in colleges and universities in the United States. Between the current administration’s immigration policies and increasing anti-immigrant sentiment throughout the country, talented international students are opting out of an American education.

I listened to that NPR story about international student enrollment right after finishing Andrés Reséndez’s The Other Slavery: The Uncovered Story of Indian Enslavement in America and the juxtaposition got me thinking. Reséndez clearly wrote The Other Slavery for a popular audience. He also supplies the kind of archival research and historiographical arguments that make it an important book for scholars of early America. It’s a rare achievement of both scholarly vigor and ease of reading that makes me excited to assign it to undergraduate students in a comparative slavery course. This is not a review of Reséndez’s book, but it does offer an example of why it might be time to rethink the “standard narrative” that historians often assume our students and the general public bring to our classrooms and scholarship.[2]

Throughout his analysis of the enslavement of Native people throughout Mexico, the Caribbean, and the Southwest, Reséndez uses comparative language to help the reader understand the nuance and various forms that bound labor could take in the Americas. It’s his sensitivity to being understood that makes the book so readable. But, his choice of comparisons reveals what he assumes to be the stereotype of slavery in the minds of his readers – the nineteenth-century enslavement of people of African descent in the United States. So, for example, while he discusses sixteenth-century legal disputes in Spain and Spanish America surrounding whether Indians could be enslaved and their ability to access courts, he presents the example of the inability of slaves in the antebellum U.S. to do the same. As he explains, “The notion that a slave could sue his or her master to attain freedom would have been laughable to most southerners during the first half of the nineteenth century” (47-8). There’s nothing wrong with that statement; white southerners would have found sixteenth- and seventeenth-century Spanish legal traditions antithetical to the kind of legal authority they created for slaveholders.

While the constant comparison to nineteenth-century U.S. slaveholding is not technically wrong, is it the most effective way to explain an early modern Spanish world? I ask this question, in part, because I often rely on overturning stereotypes in my teaching. There’s a certain pleasure that comes with opening students’ eyes to the ways in which what they learned before college was impartial or incorrect. But do I really know what kinds of assumptions my students bring into the classroom? Especially when roughly 11% of the students at William and Mary are international students? With those demographics, assuming that my students enter the classroom with the kind of moonlight-and-magnolias stereotypes of the nineteenth century serves little actual purpose.

And, while blowing away stereotypes can be cathartic in the classroom, are we actually teaching undergraduates how the discipline of history functions? If part of the goal in university education is the teach students how historians think – our approach to evidence, argument, and historiography – than comparing apples to oranges to make a point does the opposite. I want my students to leave the classroom with the ability to think like historians. Teaching those skills also translates across the varied educational experiences that my students bring from around the world.

I will still assign Reséndez and I would love to hear from Junto readers who have already used it in their classrooms. When I do teach it, I hope that part of the conversation with my students can also be about the assumptions that Reséndez brought to his writing about them, his readers.

[1] My apologies to everyone on the quarter system, of course.