Two hundred and forty-one years ago on Saturday—23 June, 1777—Angelica Schuyler ran off to be married. Today’s post is excerpted from the draft first chapter of my biography of Angelica. I will be presenting Chapter 4 at SHEAR’s second book workshop in Cleveland next month, and talking about Angelica at a panel on women and ideas in the Age of Revolutions. The research for what follows owes a lot to Stefan Bielinski’s Colonial Albany project, a brilliant resource for the people and spaces of Angelica’s childhood.

Of course, John Carter was an utterly unsuitable match for a daughter of Catherine and Philip Schuyler. Like the other old families of Albany, the Schuylers were deeply intertwined with local and provincial oligarchies. Marriage was the most important means by which these bonds were maintained. Thus had Catherine’s brother Jeremiah married Judith Bayard, granddaughter of a mayor of New York City. Philip’s sister Geertruy was first married to her cousin Pieter Schuyler. Only as a widow might a woman in Albany’s elite consider marrying a man of lesser status. Geertruy’s second husband was a physician, John Cochran. Catharina Livingston, who first married Stephen Van Rensselaer II, spent ten years a widow before she married the church minister, Eilardus Westerlo. These patterns were not the result of strict enforcement. They were naturally occurring. Children of great families grew up with one another. They shared common points of reference, expectations, and desires. When the time was right, they married. That was how it went for Philip and Catherine—that was what they expected for Angelica. Except now she was twenty-one, and her country was at war. John Carter was unsuitable, but he was there.

At length, the snow began to melt. The wide Hudson ran higher and faster. The new year would bring renewed campaigning—soon enough, the British army would cross Lake Champlain, and then the defence of the Hudson Valley would begin in earnest. This was what preoccupied Angelica’s father. His mind was as much at Crown Point and Ticonderoga as it was in Albany that winter. But if he did not keep watch over Angelica and the young man from Congress, surely her two sisters did. Elizabeth and Peggy must have known, they were so close they formed a little unit of their own. Perhaps they were enlisted in the project, helping to distract their mother from the courtship going on under her own roof—as if three boys and an infant child weren’t enough distraction along with a troubled, distant husband. Whatever jealousy there was among the sisters was soothed and diminished by Angelica’s seniority. She was the trailblazer. They would have vicarious excitement, and without the risk. For there was something risky in what she was doing. She was waging a rebellion. That spring, as the green buds emerged, she and John Carter made their plans.

On June 12th 1777, general Schuyler rode north to inspect the forts and garrisons on Lake Champlain. Reports had come that John Burgoyne, the British general in command of the invasion, had assembled a fleet and begun embarking men. Schuyler was at Ticonderoga by the 18th. But he did not bring with him the man from Congress who was there to audit his accounts. John Carter stayed in Albany, making preparations of his own. Some time after Philip went north, his wife Catherine followed, on the way to meet him at the Saratoga house—just as she and Angelica had done almost exactly a year before, when the rumours at Albany had so alarmed them both. This time, though, Angelica did not accompany her. With both parents gone, she left Peggy in charge of the remaining household. Then she took John Carter to Van Rensselaer Manor. That was Angelica’s stroke of genius, for at that house was everyone she needed. There was the twelve-year-old Patroon, Stephen; his mother, Catharina; and her recent husband, Domine Westerlo, minister of the Dutch Reformed Church. All the ingredients to put on a respectable Albany wedding.[1]

Angelica and John were married on Monday, 23rd June. At twenty-one, she was already older than her mother had been on her own wedding-day. But she could not enjoy the same festivities her mother had done twenty-two years earlier. Even Catharina and her husband’s blessing could not make up for a marriage kept a secret from her parents. Even Brom Ten Broeck, Stephen’s legal guardian and Philip Schuyler’s oldest friend, could not make things right. He and his wife watched Angelica grow up—but much as they loved her, they could not condone her decision to marry without her father’s consent. The newlyweds had to leave, before Angelica’s parents returned. So on Thursday, they gathered themselves up again, said their goodbyes, and crossed the Hudson river, leaving Albany. They didn’t go far. On the east bank was Green Bush, the home of Angelica’s grandfather, Johannes Van Rensselaer, and his second wife, Gertrude. There, as John put it, “we were received by the amiable & venerable Proprietors with the greatest Friendship and Cordiality.” Johannes and Gertrude promised to use “all their influence” with Angelica’s parents.[2] Everyone knew there would be a reckoning when they returned.

To head off Philip and Catherine’s anger, warming them to the fait accompli, the newlyweds sent a letter to meet them on the road from Saratoga. It was not a success. For two days, Angelica’s parents refused to respond. When finally her grandfather relaxed his own pride, and sent them an invitation to dine at Green Bush on Sunday, a chance meeting of the two couples in Albany led the plan to unravel. Neither Angelica nor Catherine would allow herself to be the first to yield. Those three days were a struggle of will and affection. In the moment she acknowledged Angelica’s marriage, Catherine would have to recognise her daughter’s independence—a daughter who had been her closest confidante in every week and month that Philip was away; a daughter who had run off when her back was turned to marry a man she barely knew. On Monday, the Schuylers relented and arrived at Green Bush. Catherine “was in a most violent Passion,” but Johannes said something that cut his daughter deeply—he told her she did not take after her mother, Engeltie. Perhaps that put her grievance in perspective. She would not lose Angelica completely.

The next day, the Schuylers received Mr and Mrs Carter back into their home. If anyone expected a warm reconciliation, though, this was not it. The storm had passed, but left an atmosphere of tension in its wake. It would take time for Angelica’s mother to forgive her, not only for the subterfuge but for depriving her of taking any part in her own eldest daughter’s wedding. But there was no reversing what had happened. It was best to put aside the hurt. Philip “restored his daughter to his full confidence,” and told John that “he was now my father.” The general added, pointedly, that “he would take the Freedom of giving me his advice when he thought I stood in need of it with the Candour of a Parent.” Clearly, his son-in-law had a propensity for recklessness that would need curbing. It was Angelica, though, who had let down her parents’ expectations, she who suffered from their retaliation. “My charming Angelica is much distressed at their behaviour,” wrote John. The coming weeks were going to be difficult.  “If they continue their coldness,” he concluded “we shall soon quit their house.”

If times had not been as they were, all this would have played out quite differently. John Carter would not have been in Albany, and Philip Schuyler would not have been away from home so much. He could have dedicated more attention to finding a suitor for his daughter. And for her part, would Angelica have been so ready to reject her parents’ rule over her life—to make her own decisions and to see them through against all obstacles? She lived in bold times, and dangerous ones: times of civil war, when brothers fought with brothers, and fathers fought their children. In the summer that Angelica married John Carter, prospects for the United States seemed poor. The city of New York had fallen to the British. John Burgoyne’s army was sailing down Lake Champlain. There had been a tenant uprising at Livingston Manor, a sign of the rebel gentry’s weakness. Hope and fear were intermixed. That is the nature of a revolution, in a family as much as in a country. These are strange times, bold and dangerous. Angelica Carter is only half afraid.

[1] Mary Gay Humphries, Catherine Schuyler (Charles Scribner’s Sons: New York, 1897), p.191, refers to the wedding taking place at the Patroon’s house. I think I’m the first to make a connection to the presence there of Domine Westerlo. 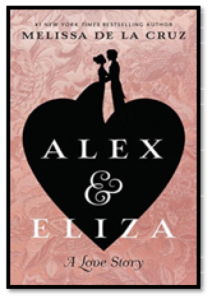 Hilary Mantel recently gave the annual BBC Reith Lecture in which she described why she became a historical novelist. Printed in The Guardian, Mantel argued that culture and genes, history and science, put “our small lives in context.” Mantel’s work is of course separated from the theme of this roundtable by two degrees, as she is neither a writer of YA nor of Early America, but the broader question I think she was trying to answer—why we write about what we do—resonate in a conversation on #FoundingFiction. END_OF_DOCUMENT_TOKEN_TO_BE_REPLACED

This post was written by Christopher Minty and Nora Slonimsky, who, many moons ago, woke up early on a Sunday morning to purchase tickets to the opening-night preview performance of Hamilton: An American Musical, which took place on July 13, 2015, at the Richard Rodgers Theater in New York City. This post was originally posted on July 19, 2015. It was removed as a courtesy to the show’s creative and promotional teams. It has been reposted with significant alterations and additions. 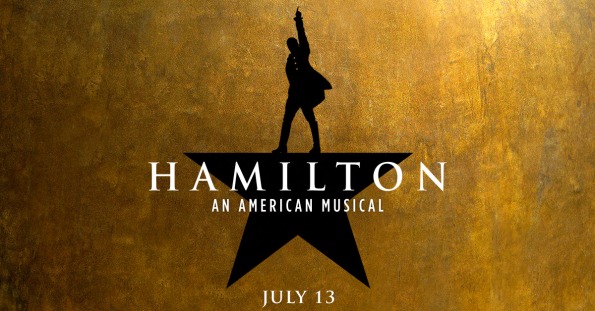 Hip-hop is on Broadway, not just in a popular YouTube video. On Monday, July 13, 2015, Lin-Manuel Miranda’s hit off-Broadway musical, HAMILTON, made its debut on the big stage. On August 6, 2015, rebranded as Hamilton: An American Musical, a much-applauded, diverse cast returned to perform in the official opening of a much larger, hopefully long-running production at the Richard Rodgers Theater.