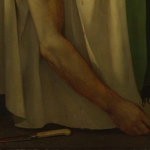 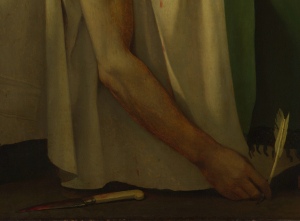 Late last week, Americans learned about an armed takeover of a federal wildlife refuge in Oregon. It was initiated by a group of men who have an idiosyncratic understanding of constitutional law and a sense that they have been cheated and persecuted by the United States government. The occupation comes during a time of general unease about national security and fairness in policing. As a result, some critics have been calling the rebels “domestic terrorists,” mostly on hypothetical grounds. One of their leaders, on the other hand, told NBC News that they see themselves as resisting “the terrorism that the federal government is placing upon the people.”

I do not propose to address the Oregon occupation directly. However, since the topic keeps coming up lately, this seems like a good opportunity to examine the roles the word terrorism has played in other eras. As it turns out, Americans have been calling each other terrorists a long time.

Originally, the term terrorism referred to a specific kind of foreign political violence. From the beginning, however, using the word terrorism or terrorist in the United States meant staking a position in domestic politics. It was never a neutral term. (A warning: This is a blogpost, so what follows is a preliminary and impressionistic discussion.)

The earliest use of terrorism I’ve found in an American newspaper appeared in Philadelphia’s Gazette of the United States in April 1795. This story described a Parisian crowd celebrating the fall of the Jacobins as rulers of revolutionary France. The anti-Jacobin crowd burned an effigy, which held “a poignard, the emblem of terrorism” in its hand.[1] This article was reprinted in the Baltimore Federal Intelligencer, the Boston Federal Orrery, the Stockbridge Western Star, the Bridgeport American Telegraphe, and the Brookfield Moral and Political Telegraphe over the next three weeks. Notably, all of these newspapers were associated to some degree with the developing faction we know as the Federalists.[2]

As the first American symbol of terrorism, the poignard—or dagger—also tells us a lot about the concept. The poignard was the archetypical instrument of assassins, as iconic as France’s guillotine. These two weapons, representing mass political violence (in private and in public, respectively), seem to have defined Americans’ image of terrorism in the 1790s. Another article passed around by American editors in the summer of 1795 compared the “the axe of terrorism,” i.e., the blade of the guillotine, with the old hangman’s gallows—”the gibbet of royalism.”[3] Perhaps the availability of these powerful symbols helps explain how terrorism later became a widely used label.

For now, terrorism had a very specific meaning. It referred to the violence and repression of la Terreur, the Reign of Terror (1793-1794), when a French revolutionary government led by Jacobins, including Maximilien de Robespierre, set out to purge France of all traces of counterrevolution. Allies of the Washington administration, alarmed about the course of the French Revolution, introduced the term terrorism to the United States by using it in this technical sense. It did not take long, however, for American editors to start flinging the label at their domestic political rivals.

As early as September 1795, the Gazette of the United States declared that if President Washington had given in to pressure from Democratic-Republican societies on the subject of Jay’s Treaty, then “Jacobin clubs would have followed to regulate the government on every important point” and “terrorism would have been established” in America—probably complete with “a Robespierre and a guillotine.”[4] In June 1798, conversely, Philadelphia’s Republican Aurora complained about “the systems of despotism and terrorism imposed by the tories”—that is, repressive measures adopted by Federalists.[5]

Later, terrorism lost its specificity and consistency as the French Revolution receded into memory. In 1805, a correspondent of the New London Connecticut Gazette denounced the Republicans as being “in fact jacobins and terrorists“; in this case, the term may refer to ideological radicalism more than to violence or repression.[6] In 1810, the New York Public Advertiser warned about “a renewed reign of federal [i.e., Federalist] terrorism” from “the enemies of the people.”[7] Four years later, the Philadelphia Democratic Press vaguely denounced the Hartford Convention as a manifestation of “the melancholy madness of uninfluential individuals, or a trick of terrorism.”[8] The term was in danger of becoming a generic term of political abuse, like tyranny. The concept may also have had less potency as the French threat to America seemed to recede and as the Federalists lost power. For three decades, its appearances in the press seem to have been infrequent.

In the 1830s, though, the term seems to have taken root again in the American press, perhaps because of stories about new foreign revolutions. By the late 1830s, talk of terrorism was once again common in American newspapers. Now, however—to judge by a cursory examination of these articles—the term rarely meant anything more specific than organized political coercion or intimidation. The term has been part of the American political lexicon ever since.

A full accounting of terrorism’s career in American English would take much more than this. Several major transformations in its meaning have occurred since the 1790s—but it probably has never lost its connotations of foreignness and ideological radicalism.

Even on a quick examination, terrorism has never been a politically neutral term. Even at its most precise—when American editors understood terrorism to mean the behavior of a specific political faction in France—the temptation to draw analogies was too great.