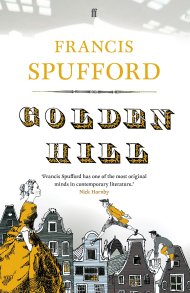 Francis Spufford’s historical novel Golden Hill introduces us to mid-eighteenth century New York City through the eyes of a London visitor named Richard Smith. For Smith, it’s a strange place. In the book’s first scene, as Tom discussed yesterday, he exchanges some of his own currency for local money. But he is baffled to receive an irregular stack of paper from around the continent divided into various denominations.

I immediately empathized. Only a few days before I began the novel, I had been trying to untangle what I had initially thought would be a fairly straightforward problem for an article manuscript involving colonial wage rates and commodity prices. But I had quickly found myself waist-deep in conversion charts, glossaries, and historical data about the foreign, colonial, and metropolitan currencies that circulated in eighteenth-century Anglo-America. Old tenor, new tenor, pounds, shillings, pence, halfjoes, Spanish dollars—it was a world of currency only slightly less confusing than blockchain. END_OF_DOCUMENT_TOKEN_TO_BE_REPLACED

In a series of classic science fiction stories, Isaac Asimov imagined a scientific discipline called “psychohistory”: a way to predict the future of an interstellar empire. Psychohistory could not foresee individual choices, but it could supposedly predict collective behavior over the course of millennia. At one point in the Foundation series, however, a charismatic figure named the Mule threatened to upend psychohistory’s predictions: he was a mutant, acting in ways the original model could not anticipate. In the universe Asimov imagined, the Mule alone seemed to possess true individual agency. Resisting a powerful model of human behavior, he offered instead a story about a person.

END_OF_DOCUMENT_TOKEN_TO_BE_REPLACED

It took me a few days to realise my mistake. Around the third week of the semester, in this my first year teaching the “Foundations of American History” survey course here at Birmingham, I slipped up in a way I’d never have imagined. I was lecturing about Bacon’s Rebellion, and about Stephen Saunders Webb’s provocative, half-mad 1676: The End of American Independence. I found it odd that my students didn’t seem to see what was so funny, or at least glib, about Webb’s title. Those blank looks spooked me. So I said, “well, you know guys, because, 1776, right? That’s… when the Americans declared independence? Remember?” END_OF_DOCUMENT_TOKEN_TO_BE_REPLACED

Once or twice upon a chapter, as you work to tell history as story, take comfort in knowing that even American sage Henry Adams sometimes had a not-great writing day. By 1878, the 40-year-old Harvard professor of medieval history was a polished scholar. Hailing from a family that wrote for the archive, he navigated easily the uncatalogued byways of an early Library of Congress. He swept up obscure state records and gathered local maps for his 9-volume History of the United States. As editor of the North American Review, Henry instructed freelancers to write “in bald style.” He sliced his private letters down to acid cultural commentary that, to the modern reader, feels meta-enough to border on code. END_OF_DOCUMENT_TOKEN_TO_BE_REPLACED