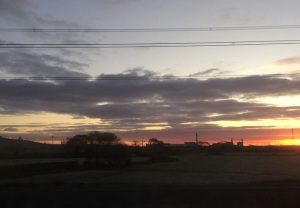 I’ve had a blog, in one place or another, since 2002, and thus the distinction between “a blog” and “a blog post” is a hill on which I am willing to die. But before Ben Park approached me to be one of The Junto’s founding members, I hadn’t blogged extensively about history. Five years later, I still want to write about other topics in addition to history, but I firmly believe that my history teaching and history scholarship have benefitted from my membership here. That said, I think my role as a blogger for The Junto has changed since 2012, and will continue to transform in the future. Today, I want to reflect on some of these changes. END_OF_DOCUMENT_TOKEN_TO_BE_REPLACED

Next week, early Americanists will gather for the joint annual meeting of the Omohundro Institute and the Society of Early Americanists. On the first day of the conference (Thursday, June 18), I’ve organized a roundtable discussion on “The Maturing Blogosphere of Early America.” Here I’d like to introduce it and invite you to join us for the session.

END_OF_DOCUMENT_TOKEN_TO_BE_REPLACED

Today’s guest poster, Zara Anishanslin, is Assistant Professor of History at the College of Staten Island/City University of New York.  She received her PhD in the History of American Civilization at the University of Delaware in 2009, and from 2009-2010 was the Patrick Henry Postdoctoral Fellow in the Department of History at Johns Hopkins University. She’s at work on her first book, Embedded Empire: Hidden Histories of Labor, Landscape, and Luxury in the British Atlantic World (Yale University Press, forthcoming).  Embedded Empire uses a single object—the portrait of a woman in a silk dress—and the four people who made it (the textile designer, the silk weaver, the colonial merchant’s wife, and the painter), to tell transatlantic material histories that challenge traditional narratives of emulative consumption.  She also serves as Co-Chair of the Seminar in Early American History and Culture at Columbia University.

Savannah is one of those southern cities where historic atmosphere and charm drape over everything like Spanish moss on live oaks. But amidst all this atmospheric charm, one of the sights I remember most was a distinctly uncharming thing: the desiccated body of a dead squirrel on a tray, tucked away in the attic of the Davenport House. I visited iconic Davenport House because it was the site of the Material Culture Colloquium at this year’s Society of Early Americanists’ conference.  (For a report on the conference, see Rachel Herrmann’s blog post).

END_OF_DOCUMENT_TOKEN_TO_BE_REPLACED

This last weekend Juntoist Glenda Goodman and I attended the Society of Early Americanists’ biennial conference in Savannah.

First things first: have you been to Savannah? It’s lovely, and you should go immediately if you haven’t made it there yet. It’s eminently walkable, and everywhere you ramble you find pretty squares with statues, intersecting streets overhung with Spanish moss.

The walkability factor helped a lot, as there were quite a lot of great panels to capture my attention during the run of the conference; it was nice to be able to pop out for lunch, and to get back (mostly) in time for afternoon panels. END_OF_DOCUMENT_TOKEN_TO_BE_REPLACED