Revolutions: What are they good for?

The organizational concept of “The Age of Revolutions” has been on my mind a lot lately. First, I recently finished a full book manuscript that includes a version of that phrase in its title, so I’ve naturally been engaging with that literature quite a bit. Second, I’m preparing to teach a course titled “Eighteenth-Century Atlantic Revolutions: America, France, and Haiti” this semester, which will begin next week. And finally, I’ve had a review copy of Nathan Perl-Rosenthal’s excellent Citizen Sailors: Becoming American in the Age of Revolution (Harvard UP) sitting on my desk for a few months, struggling to come up with a more professional way to say “Go Out And Buy This Excellent Book Right Now.”  END_OF_DOCUMENT_TOKEN_TO_BE_REPLACED 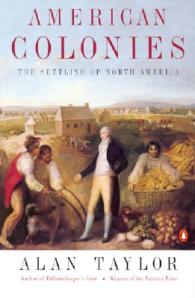 Teaching the first half of the American history survey has become a more complicated job over the last few decades. The reason is quite simple—the purview of early American historians has broadened significantly in the same period. A narrative from Jamestown to Independence to Civil War is now a narrative that begins with (or even before) the Columbian Exchange. A geographical focus that formerly considered the “thirteen colonies” almost in isolation now extends northwards to Canada, westwards to the Mississippi, southwards to the Caribbean, and across the ocean to Europe and Africa. A predominantly white, male, Protestant cast of characters has welcomed women, people of color, Native Americans, and others to its merry band.

All of this is a good thing. But it runs up against a critical problem—the amount of time in a semester has not extended at all. To take account of newer historical approaches therefore requires critical editing of syllabi and a rethinking of approaches. That means there will be, for want of a better term, “winners” and “losers” in terms of the material covered in the survey course. My contention is that the 18th century is the main loser from these changes—and I wonder, at times, what the implication is for our students’ understanding of key currents of American history. END_OF_DOCUMENT_TOKEN_TO_BE_REPLACED