I acknowledge the generous help of Michael Hattem in gathering all the statistics and relevant information for this post. And just as he is the real puppeteer behind the curtain of the post, he serves a similar function for the entire blog in general; appreciation is herein expressed, once again, to him. 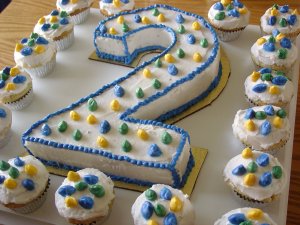 Two years ago today, The Junto announced its entrance into the academic blogging world. When I originally conceived of the idea for the blog and pitched it to three fellow grad students (Michael Blaakman, Katy Lasdow, and Eric Herschthal) in an uptown Manhattan coffee shop in September(ish) 2012, I merely wanted to come up with a small community that could alleviate my alone-ness of studying American history while living in the UK. A few months later, the blog was born; two years later, our empire expands. It is becoming fairly common to meet people at an academic conference and, after I share my name, the person replies, “Oh, you’re Ben Park from The Junto?” It makes me smile every. single. time. I could have hardly conceived of where the blog has gone since our humble beginnings. Yet here we are. What follows is a general report of what has taken place since we last celebrated our blog’s birthday.

In the past year alone, the blog produced over a quarter-million words of new and original content related to early American history, historiography, and pedagogy. It has received well over half a million views. In fact, our blog’s readership increased dramatically: we received an average of over five thousand more viewers each month compared to Year One, topping 300,000 page views in Year Two. Our content has even begun to seep into non-digital culture, with a citation in Reviews in American History, as well as mentions in The New York Times, Chronicle of Higher Education, Alternet, Against the Current, Vox, and dozens of our fellow academic blogs. Junto members have taken part in panels at national conferences on blogging and the digital humanities. Indeed, our authors have been quite prolific and productive: besides our publications in academic journals, work from Juntoists have appeared in The Atlantic, The Daily Beast, Jacobin, and The Journal of the American Revolution, amongst other popular venues.

Our Junto Podcast Network solidified its place in the podcast world, and provided over a dozen hours of audio content this past year. “The JuntoCast” alone receives nearly 2,000 downloads per month. One of my favorite features of the blog, our “March Madness Tournament,” received more attention than before, including energetic participation from authors, book publishers, and publicists who lobbied readers through Twitter and their websites. We have introduced new resources to the blog, including an Archive page with a chronological listing of every blog post, an expanded Index page, and a Seminars page containing a regularly updated nationwide calendar of regional early American seminar events. Truly, The Junto empire is expanding.

Some of our most popular features remain our book reviews and, more especially, our special topic roundtables. This year, we did roundtables covering Alfred Young and Published Editions of Manuscript Sources. We also introduced the Junto Summer Book Club, where we read a classic work together and make comments along the way; for our inaugural text, we read Kathleen Brown’s Good Wives, Nasty Wenches, Anxious Patriarchs (capped off with an interview with Prof. Brown herself). We had a large number of exceptional guest posts from people highlighting their own work or the work of their institutions, like Elizabeth Covert, Megan Brett (on the Papers of the War Department), Cassandra Good (on the Papers of James Monroe), Spencer McBride (on the Joseph Smith Papers Project), Simon Newman (on Scottish independence), and a number of others. And, of course, The Week in Early American History remains popular, helpful, and often humorous.

If you are curious, the following were the most popular posts from the last year:

And here are a few of my favorite posts that have stood out to me:

Our authorial team has also expanded. In the last few months alone, we have welcomed the great additions of Casey Schmitt, Mark Boonshoft, Hannah Bailey, and Jessica Parr. Expect great things from these bloggers.

But not everything will merely be a repeat of what has gone before. We are currently exploring options for new possibilities that are quite exciting. If a toddler’s “terrible twos” is meant to be a time of extensive agitation, we hope to fulfill our share of adventure. More on that later.

In return, we hope to count on you for your continued support through reading and engaging our posts. We hope that you are already following our Twitter account, “liked” our Facebook page, and subscribed to our podcasts, but we also hope that you will share all of those pages with your friends. We also hope that you will continue sharing ideas for how our blog can improve. I envisioned this blog to be a way to increase the friendly nature of the early American academic world; that requires a collegial relationship between bloggers and audience, so we promise to continue being receptive to the ideas provided by you, our dear reader.

In short, thanks to all who have made The Junto such a success, especially my fellow bloggers and our thousands of readers. May our empire continue to expand.