As 2018 comes to a close, I can’t help but reflect on this year and its meaning for a place that has become near and dear to my heart (and in-progress dissertation): New Orleans. Founded by the French in 1718, Louisiana’s largest city has been celebrating its tricentennial for months and in a way that only New Orleans can. Ranked number one on the New York Times “52 Places to Go in 2018” list, New Orleans continues to attract first-timers curious to discover “America’s most foreign city.” Repeat visitors, myself included, just can’t get enough, although my trips have taken me beyond Bourbon Street, from the attic of the city’s colonial-era Ursuline convent to the notarial archives of Orleans Parish, hidden within a twenty-story office building a stone’s throw from the Superdome. My own excursions aside, how exactly have we gone about celebrating, remembering, and thinking about the history of early New Orleans in 2018? What does the future hold?

END_OF_DOCUMENT_TOKEN_TO_BE_REPLACED

This review is cross-posted from Ben Park’s own blog, “Professor Park’s Blog: Musings of a Professor of American Politics, Culture, and Religion.”

This isn’t your grandparents’ antebellum South. A generation ago it was common for historians to talk about the “regressing” southern states in the decades preceding Civil War. The advent of democracy, the spread of enlightenment, and the triumph of free labor left slaveholders reeling and the slave institution crumbling. Secession, this narrative emphasized, was the last-ditch effort of a flailing boxer on the ropes. But scholarship from the past couple decades have put that myth to rest. Michael O’Brien demonstrated that southerners were intellectuals who contemplated the most sophisticated issues of modernity. Edward Baptist showed how the slave institution increased in strength as the financial staple in America’s capitalistic order. Walter Johnson and Sven Beckert displayed how slaveholders were at the forefront of an increasingly global economy. These and many other works all point to the same crucial revision: slaveholding southerners were “modern,” and their ideas and actions cannot be merely dismissed as remnants of an antiquated age. END_OF_DOCUMENT_TOKEN_TO_BE_REPLACED

END_OF_DOCUMENT_TOKEN_TO_BE_REPLACED

Here’s our seasonal roundup of new and forthcoming titles. Share your finds below!  END_OF_DOCUMENT_TOKEN_TO_BE_REPLACED

A recent news story has me thinking about the weird enduring appeal of the Lost Cause. It seems to me that this news story about a contemporary religious organization might lead us into an interesting case study. Why, at this late date, do so many Americans still want to see the antebellum South as a tragically vanished world of nobility and grace?

Most early Americanists are familiar with David Barton, a conservative activist who argues that the United States was founded as a Christian nation. He’s been mentioned here several times as the most visible proponent of a view that’s common among members of the “Religious Right.”[1] What’s less widely understood is how often his Christian-founding ideology overlaps with a claim advanced by a few other evangelical conservatives: that the Confederacy—and antebellum southern culture, if not slavery itself—are also part of “America’s Godly heritage.”[2] In these circles, in other words, the Founding is sometimes wrapped up with the Old South.

END_OF_DOCUMENT_TOKEN_TO_BE_REPLACED 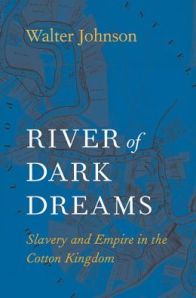 I bet few graduate students these days haven’t read, or at least seen referenced, Walter Johnson’s essay “On Agency.” Published a decade ago, the essay was prompted by what had become hackneyed trope in slavery scholarship. Everyone seemed to ascribe slaves a role in shaping their lives—“agency”—despite the power asymmetries inherent in the slave-master relationship. Johnson famously called for an end to this kind of writing. But one of his subtler points may have been lost amid his overarching argument. It wasn’t that slave agency was unimportant, but that it had lost its contemporary relevance. Finding agency mattered in the Civil Rights Era, the years in which the scholarship flourished, because it bolstered African Americans’ claims on the nation’s past, and thus its future. END_OF_DOCUMENT_TOKEN_TO_BE_REPLACED