“Had a map been drawn . . . of Mr. Smith’s movements through the streets of New-York. . . a tangled hydra indeed would have been revealed,” begins the second chapter of Francis Spufford’s book Golden Hill (53). As my fellow Junto reviewers have discussed, Spufford’s exhilarating read follows Mr. Smith through the escapades and perils of mid-eighteenth-century New York as he attempts to convince those he encounters of his “credit worthiness.” As he meanders through the tangled web of city streets, Smith’s journey from the island’s southern tip to its northern outposts is filled with adventures and twists at every turn. The reader soon learns that many of the men and women he encounters have secrets to hide. There is much to like about Golden Hill. For this urban historian, one of the most enjoyable aspects is the book’s sense of place. END_OF_DOCUMENT_TOKEN_TO_BE_REPLACED 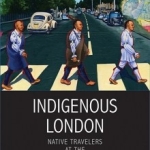 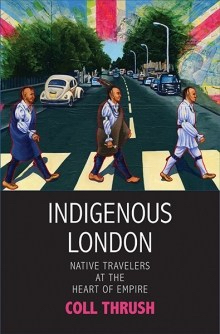 Wander through the Museum of London’s rich galleries, glowing with relics and rites of Roman Londinium, and you’ll spot scraps of the city’s wall half-strewn along the route. Burned in bits or eaten by age, the red-and-white brick arches splay out like the broken teeth of empire, grinding a crooked grin in today’s cityscape. Amid the tidy exhibits and visitors’ whirl, it’s a graphic reminder of what London was and how it has weathered so many centuries’ toll. But, as Coll Thrush’s Indigenous London asks us, “The audience of a museum is always / another sort of collection…Indigenous objects, Indigenous eyes—/ Who sees and what is being seen?” (p. 135). For the scholar rescuing clues from the built environment, the wall raises a complex set of research queries: Who passed through the city limits, and why? How did diverse travelers experience urban life at a sensory level? What did it mean for indigenous visitors to sample London? And how can we expand the historical canon of voices who tell that story in the early modern era?  END_OF_DOCUMENT_TOKEN_TO_BE_REPLACED

Today’s guest poster is Robert Gamble, Visiting Assistant Professor of History at the University of Kansas. He is currently at work on a manuscript entitled “The Civic Economy: Regulating Urban Space and Capitalism in the Early American Republic,” and has written a chapter on secondhand goods for Capitalism by Gaslight: Illuminating the Economy of Nineteenth-Century America (Brian Luskey and Wendy Woloson, eds.).

The death of Freddie Gray three weeks ago and the ensuing protests prompted many people to seek richer historical context for what happened. Consider that Seth Rockman’s twelve-year-old Common-place essay on rioting in early Baltimore had garnered some one million re-tweets by last Tuesday afternoon, according to his estimate. Justly concerned about half-baked historical parallels, Rockman doubts “the 1830s is [the] most useful context for now.” Certainly, there are more recent sources and contexts to consider: the real estate and lending practices that fortified segregation, reeling public school systems, eroding city tax bases, deindustrialization and the exportation of jobs, transit systems that bypass largely black neighborhoods, a deteriorating housing stock encased in lead paint, the mutual distrust sown by the War on Drugs, militarization of the police, and so on. Baltimore’s bank riot of 1835, though a nice lesson in shifting attitudes toward capitalism and urban order, does little to make the issues of 2015 any more coherent.

END_OF_DOCUMENT_TOKEN_TO_BE_REPLACED 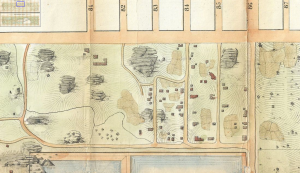 When I started my doctoral program, “memory studies” struck me as more of a trend than a field. Something everyone talked about doing but couldn’t really define. After all, isn’t all history sort of a study of memories and how they’re made and used? Well, as with all things trendy, I was late to the party.[1] My first year of graduate school, I read Michele-Rolph Trouillot’s Silencing the Past and David Blight’s Race and Reunion within a few weeks of one another, and I realized how wrong I’d been, and my interest has only grown from there.[2] I have since turned to questions of memory and amnesia in my own scholarship.

My work focuses on Seneca Village, a once-vibrant community in upper Manhattan where community activism and urban development collided when the city evicted the residents to clear land for Central Park in 1857. Despite its significant role in the development of African-American social activism in the early republic and its place in relation to one of the young nation’s largest urban development projects, Seneca Village has been almost entirely forgotten in popular and scholarly memory.[3]

END_OF_DOCUMENT_TOKEN_TO_BE_REPLACED 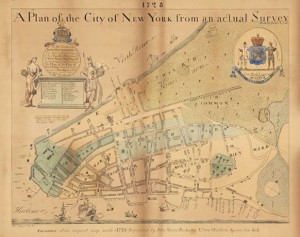 Jonathan Edwards is so strongly identified with Connecticut and Massachusetts that it’s easy to overlook where his pastoral ministry began: near the waterfront of New York City. In 1722, Edwards took a temporary position as the minister to a small Presbyterian congregation in Manhattan. He was about nineteen years old.

Edwards’s months in New York shaped him in at least two ways. First, according to his own account, Edwards developed a stronger desire for personal holiness. In New York, he wished increasingly to be “in everything a complete Christian.” Second, he grew in missionary zeal. Holding long religious conversations with his host family (who were immigrants from England) and observing life in the Atlantic port, he came to a more global awareness of the faith. He put it this way:

END_OF_DOCUMENT_TOKEN_TO_BE_REPLACED 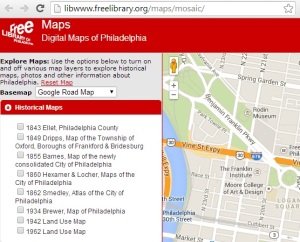 A recent conversation with Joe, Ken, and Michelle Moravec has me thinking about ways to use local history in a US survey course. Right now, Michelle and I have it easy; we’re both teaching in greater Philadelphia. It doesn’t take a lot of creativity to find ways to call out local attractions in class. (I can even display a map showing my campus smack in the middle of the Battle of Germantown.) But what about local history in general? How can we demonstrate that history is experienced in particular places, and that every place, at least potentially, has a history?